From the Minister, Thu Oct 26

A couple years ago, I signed up with Disaster Chaplaincy Services of New York: I submitted a letter from UUA attesting to my good standing, went to an all-day training, had an hour-long phone interview, emailed them a picture of me, and got back an ID badge and a green vest with a "Disaster Chaplaincy Services" patch on the front, and large letters spelling CHAPLAIN on the back. Their logo looks a lot like our flaming chalice, formed of two hands. The vest and badge had been hanging unused in my closet for two years when, last week, an email went out asking for chaplains to sign up for shifts at a service center in East Harlem.

The disaster to which we were responding was Hurricane Maria, which struck Puerto Rico on Sep 20. With large parts of the island deprived of both electricity and running water, many Puerto Ricans have come to the US -- and many of them to New York. I answered the email, said I could take the morning shift on Tuesday, and was quickly confirmed for what would be my first "deployment" as a Disaster Chaplain.

A community center was utilized to create a temporary services center for assisting incoming Puerto Ricans. It opened on Thu Oct 19 and estimates now are that it will continue throughout November. Sixty to 100 new arrivals have been coming to the center each day, and they begin with an in-take consultation from which they come away with a checklist of tables to visit. The tables ringing the room include various social services, social security, Medicaid, health insurance, mental health services, legal services, the department of education, the Mayor's Office for People with Disabilities. The Red Cross has a table and a closet of supplies to dispense (baby formula, clothing and blankets, first aid kits, etc.) I noticed the Catholic Diocese and the Salvation Army also had tables, as well as something called New York Disaster Interfaith Services. In the center of the room were about 40 chairs for people waiting for the next opening at the next table they needed to visit.

My role was to circulate among those waiting, introduce myself, and, if they seemed open to a conversation (they always were), ask how things were going. It was a chance to tell their story to another human being -- including details not relevant to any of the agencies to whom they had or would be talking. In the course of a 3.5-hour shift, I had 14 conversations -- many of them were with couples or families, so I spoke with 23 different people. Of the ones I spoke with, none had lost a home, though many now had leaky roofs. The absence of power or running water (and estimates of six months or longer before restoration of electricity), and six-hour-long lines for food compelled their departure. Most of the people I spoke with have someone to stay with: an aunt, a brother, a daughter, a friend. There was, however, one couple -- in their 60s, I'd say -- that told me they'd arrived at JFK two days ago, had nowhere to stay, and had been riding back-and-forth on various train lines for two days.

While many of them had been to New York before -- and in some cases had been long-time residents here before only in recent years moving to their ancestral homeland -- they all now faced difficult circumstances and unfamiliar challenges that made them "strangers" to the situations in which they now found themselves. I was profoundly moved to have the chance to be a part of welcoming these strangers. The services with which they were connected -- with tolerable wait-times in between -- helped them a lot, I am sure. And to be able to have one's unique story attentively heard and sympathetically accepted in the midst of this strange land was also, I sensed, an important part of conveying that they are welcome. 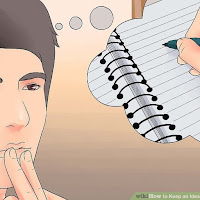 Idea Journal. True genius is not something reserved for a chosen few, but rather is something we all experience on occasion. By keeping an idea journal that records your most profound thoughts, you'll be able to make greater use of the genius within you, and compassionately offer to the world a more creative you. READ MORE 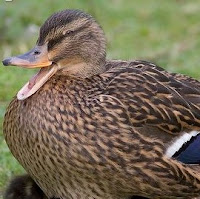 Maintenance. The times are urgent. What's the right balance of preparing ourselves for the work and doing the work? The needed balance is different for each person -- and different for the same person at different stages of life. It's always a good question -- better than any answer, in fact.


Mallard attended meetings for a while before asking her first question: "Aren't we wasting time just sitting here while the Blue Planet goes to hell?"
Raven asked, "Do you waste your time eating?"
"Is that all it is," Mallard asked, "Just personal maintenance?"
Raven said, "Mallard maintenance, lake maintenance, juniper maintenance, deer maintenance."


Being present to. Becoming the proof of.
These two things only are to be done
With and in this brief and florid stay:
Witness, and bear witness.
Heaven, hell, and a planetful of blue,
Are sitting here, sitting here.

Other News for Sun Oct 29
RE News
Music News
This Week's e-Communitarian
Posted by Rev. Meredith Garmon at 15:37

Email ThisBlogThis!Share to TwitterShare to FacebookShare to Pinterest
Labels: From Minister, JR