From the Minister, Thu Oct 19

Black lives matter because all lives matter. Yet black lives are treated as mattering less than white lives. One of the ways we see black lives counting for less is environmental racism. Examples:

In 1979, state and federal authorities selected Warren County, NC as the site for a landfill to deposit PCB-contaminated soil. The site was chosen even though a shallow water table, with the drinking water only 5–10 feet below the surface, meant a significant risk of drinking water contamination. Warren County was 54.5% African-American (1980 census), and per capita income was 0.75 the statewide per capita income.

In 2014, Michigan state authorities, to save money, switched the water supply of Flint, MI, from Lake Huron to the Flint River, known for its pollution. Lead content in the drinking and bathing water in Flint shot so high it met the EPA’s definition of "toxic waste." Flint is almost 57% African American.

Altgeld Gardens, a housing community Chicago, was built on an abandoned landfill and is surrounded by 53 toxic facilities and 90% of Chicago’s landfills. Mercury, ammonia gas, lead, dichlorodiphenyltrichloroethane (DDT), polychlorinated biphenyls (PCBs), polycyclic aromatic hydrocarbons (PAHs), heavy metals, and xylene, are among the known toxins and pollutants affecting the area, and residents suffer excessive rates of prostate, bladder, and lung cancer; children born with brain tumors; fetal brains developing outside the skull; asthma, ringworm, and other ailments. The population of Altgeld Gardens in 90% African-American and 65% below the poverty level.

Chester, PA, has five large waste facilities (including a trash incinerator, a medical waste incinerator, and a sewage treatment plant) with a total permitted capacity of 2 million tons of waste per year – compared to merely 1,400 tons allowed in all the rest of Delaware County, PA. Chester residents suffer a cancer rate 2.5 times higher than anywhere else in Pennsylvania and a mortality rate 40% higher than the rest of Delaware county. Chester is 65% African American.

When Hurricane Katrina hit New Orleans in 2005, institutionalized practices had segregated minority members into the most vulnerable low-lying areas. Moreover, evacuation plans relied heavily on the use of cars, though 100,000 city residents, disproportionately minority, had no car. Hundreds who could not evacuate died. After the hurricane, the federal response, according to many black leaders, was slow and incomplete. At the time of Hurricane Katrina, New Orleans was 60.5% African American.

Diamond, LA, a small, African-American neighborhood, was sandwiched between two large Shell Oil plants. For years, residents lived with an inescapable acrid, metallic odor and a chemical fog that seeped into their houses. They experienced headaches, stinging eyes, allergies, asthma, and other respiratory problems, skin disorders, and cancers. Periodic industrial explosions damaged their houses and killed some of their neighbors. Eventually, protests led Shell to agree to relocate the residents.

Repeatedly, minority communities are treated as more disposable than white communities. The lackluster response to Hurricane Maria’s devastation of Puerto Rico – compared to the response to Harvey in Houston and Irma in Florida – is the most prominent current example of a horrible pattern. 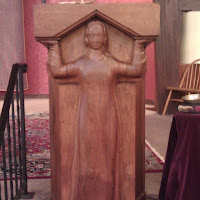 This Week on The Liberal Pulpit

The Oct 15 sermon, "What Other People Think of Us," is now posted in three parts:

Part 1: We All Care What Other People Think of Us
Part 2: The Self and Its Worldview
Part 3: Biases and Anxiety 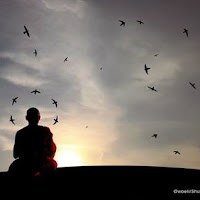 Stick With It. Little by little our way of seeing the world and being in it can shift. With effort, the mind can be trained. So choose your spiritual practice, and stick with it. Support your path with daily journaling, study, and meditation. Add further supporting practices such as mealtime grace, keeping sabbath, and getting enough sleep. New pathways in the brain are built through long familiarization. READ MORE 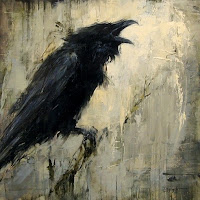 Buddhist Terms. Does mastering concepts sometimes get in the way? How much cognitive learning is helpful for spiritual deepening? "Not by your will is the house carried through the night." (Wendell Berry)

Other News for Sun Oct 22
RE News
Music News
This week's e-Communitarian
Posted by Rev. Meredith Garmon at 10:03

Email ThisBlogThis!Share to TwitterShare to FacebookShare to Pinterest
Labels: From Minister, NF