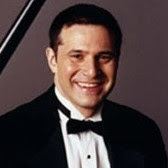 Sunday morning’s musical selections complement the monthly theme of Death and anticipate Halloween festivities later this week. Beethoven’s Piano Sonata No. 12 is widely considered an important departure from earlier Classical norms. None of its four movements is in a conventional sonata form, and the third movement is a stately funeral march. The short Lyric Pieces by Unitarian composer Edvard Grieg evoke the imaginary creatures of Norwegian folklore. The remaining solo piano works are by American composers, a depiction of a haunted house by Edward MacDowell, and a poignant tribute to William Bolcom’s deceased father in Graceful Ghost Rag. The Interlude features a performance by CUUC’s own Kim and Christian Force. Lukas Graham’s “Funeral” is not so much a dirge as a wish to be commemorated with fun and joy. Read on for programming details.