From the Minister, Thu Oct 12

"These are times that try men's souls," wrote Thomas Paine at the beginning of a series of pamphlets, The American Crisis, begun in 1776. Today men's, women's, and all people's souls in this country are tried by times that, if not already at crisis, appear to be on the brink of it. This may seem a strange assertion, what with the stock market doing well and leading economic indicators looking generally positive. But our souls are tried, even if the median wallet has not yet taken a turn for the thinner. The country has grown polarized. Many are aggrieved -- sometimes they are aggrieved about others being aggrieved. Our souls are tried by the pervasive acrimony of public discourse.

Some of the grievances are legitimate and addressing them is long overdue. Others, not so much. Police brutality that falls disproportionately on people of color would be in the first category, I'd say. Claims from the alt-right about "white genocide" would be in the second. I regard grievances about confederate monuments as in the first category; grievances about the removal of confederate monuments as in the second.

We make a similar distinction in cases where offense is taken. Was the criticism legitimate, and taking offense at it is merely a defensive reaction? Or was the "criticism" actually a slur that warrants being recognized as offensive? Not all offense-taking is equal. It can be hard to determine which is warranted and which isn't. Here's my process.

First, do I have to decide? In many contexts, it's beside the point. If I'm speaking one-to-one with a person who is angry and hurt, my judgment about whether they should be angry and hurt isn't necessary or helpful. Should be is irrelevant; they are. I empathize with the feeling and seek to explore that with the person, hoping to facilitate clarity. Most of the time, I don't have to decide whether I would judge offense-taking warranted. "Warranted" is not a useful determination; offense was, in any case, taken, and my best response is to offer a nonjudgmental presence to that hurt.

In other cases, though, we are called upon to think more systemically. In what ways is our nation, our state, our county, our community, failing to be as fully realized a beloved community as it could be? That is: what are the criticisms that should be taken seriously even if (especially if?) they give offense? What changes, of policy or of attitude, are needed? I don't think there's a definite rule here -- there's no algorithm for distinguishing important criticism from defensive complaint. I do, however, find it helpful to look at where the power is. This itself is sometimes difficult to assess -- there are many different kinds and sources of power. But often the location of the power is clear. Overall and in general, whites have more power than blacks, men have more power than women, the wealthy have more power than the poor, and non-elderly adults have more power than either children or the elderly. My sympathies will tend to be with the grievances of the less powerful. Grievances from the more powerful may well be a defensive clinging to privileges that are not just.

The caveat in all cases where we exercise judgment to determine what criticism, or what offense-taking, is legitimate, is the one Jesus expressed when he asked: "Why do you see the speck in your neighbor’s eye, but do not notice the log in your own eye?" Thus the systemic questions always lead me back to my ongoing personal, individual work. In what ways am I complicit with the evil I decry? What logs render my vision wooden? Where are my own failures to "serve and protect" without bias? What subtle monuments to privilege do my choices erect? 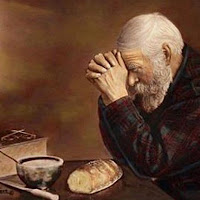 Mealtime Practice. Many families struggle to juggle competing work schedules, school activities, and community commitments. It is nearly impossible to find time to sit down to share a meal together. Yet taking time to eat together can be one of the most important activities that families do. Mealtime is a spiritual discipline: an activity through which those gathered may discover depth and meaning in their lives. READ MORE 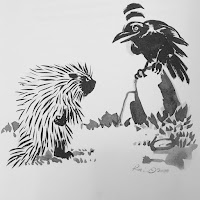 Brown Bear's Purpose. You are perfect exactly as you are. So what do you need with spiritual practice?


What do the maples have in mind, their red leaves falling?
What does the moon have in mind, its crescent resting in the branches?
Something, perhaps, though they seem
To have forgotten what it was.

Other News for Sun Oct 15

RE News
Music News
This week's e-Communitarian
Posted by Rev. Meredith Garmon at 19:26

Email ThisBlogThis!Share to TwitterShare to FacebookShare to Pinterest
Labels: From Minister, SA