From the Minister, Thu Oct 25

Here is what our UUA – our national Unitarian Universalist Association – up through 2016 had to say about Unitarians celebrating Day of the Dead / Día de los Muertos. The WorshipWeb section of UUA.org included this:


“Día de los muertos (Day of the Dead) is a festive celebration in memory of those who have died. Its origins in Mesoamerica go back over 3,000 years, even though it was shaped by two Roman Catholic holidays: All Saints Day (Nov 1) and All Souls Day (Nov 2). In Spanish, All Saints Day and All Souls Day are known as El Día de Todos los Santos and El Día de los Muertos, respectively. In southern and central Mexico, Día de los muertos entails many traditions: building private altars called ofrendas, honoring the deceased using sugar skulls, marigolds, and the favorite foods and beverages of the departed, and visiting graves with these as gifts. Visitors also leave possessions of the deceased at the graves. Some themes: remembrance, grief, cycle of life and death, honoring those who have gone before us. As a matter of cultural competency, WorshipWeb encourages our Unitarian Universalist congregations to use the Spanish name 'Día de los muertos,' rather than translating it into "Day of the Dead" in church announcements, programs, emails, etc. There are many holidays that retain their native language (Yom Kippur, Kwanzaa, Rosh Hashanah, etc.), and we seek to make this one of them.”

However, as I noted in our service in October 2016:


"There has been a conversation going on among Unitarian Universalists and in wider society about cultural appropriation – if and when and how to borrow from another culture’s traditions -- the boundaries around what is 'our culture' and thus 'ours' are not clear. Samhain is a Gaelic, European holiday – so it feels more like 'ours' even though many of us never set foot there. It’s tricky territory, and we negotiate it carefully."

Not only is it tricky and difficult, it’s also rapidly evolving territory. The sense of what is acceptable and what isn’t is contentious and fraught, and changing. By 2017, the UUA site had added a note that wasn’t there the year before:


“This holy day is a distinctly Mexican holiday, though some in other Latin American countries have adopted it. For that reason, it's neither respectful nor appropriate for white congregations to initiate its celebration in worship. In the words of Rev. Marisol Caballero, 'When white people "celebrate" el Día de Los Muertos not as the personal, invited guest of Mexicans, it feels to me like someone has crashed a family funeral or a wake.' To learn more about why UU congregations celebrating this day encroaches on the hurtful territory of cultural appropriation, please take the time to review the video in the sidebar.”

The referenced video runs one hour, and is titled "Decentering Whiteness in Worship." I am not sure what to think about all this, but I am thinking about it, and I hope you will also as we grow and learn and adapt together. In any case, even though we never did attempt to enact any of the rituals of Día de los Muertos, we titled the service "Día de los Muertos" from 2013-2016. Our aim was to acknowledge, recognize and respectfully honor the customs from other lands. Still, starting in 2017,  we’ve changed the title to All Hallows’ Eve. 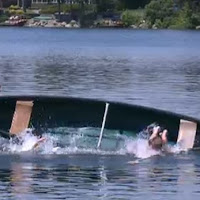 Practice of the Week: Don't Take It Personally /When you think you've been targeted personally, you probably feel worse. The thing is, most of what bumps into us in life—including emotional reactions from others, traffic jams, illness, or mistreatment at work — is like an impersonal log put in motion by ten thousand causes upstream. Recognize the humbling yet wonderful truth: most of the time, we are bit players in other people's dramas. When you look at things this way, you naturally get calmer, put situations in context, and don't get so caught up in me-myself-and-I. Then you feel better. READ MORE. 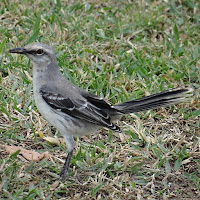 Your Moment of Zen: Gossip /Mockingbird shows up today for the first time. It's not hard to believe that Mockingbird would like to gossip. It's unusual for a mockingbird, though, that he would feel remorse about that.

When early humans lived in bands of about 150 or less, gossip was a primary tool for social cohesion. Despite being sometimes divisive, the practice of monitoring the behavior of various third parties, and moralizing about it with various second parties generally helped keep group members in line. As a social species, it's what we do. That's why it's fun. A group of over 150, however, is too large to monitor and moralize about. Hence, gossip magazines today generally have a list of about 100-150 celebrities they're tracking. Groups larger than 150 need other tools for promoting social cohesion: shared ritual, story-telling (origin myths, morality tales), group music-making -- in a word, religion.

It's all dirt, though, right? Dirt is dirt.


Bob fell off the wagon.
Susan lost her job.
Sally's Dan is flunking out.
That Keith is such a slob.

Sympathies and judgment
Served up over tea.
So nice to not have those folks' faults, but
What do they say of me?

So nice to not have faults like those
Except I fear I do.
I share in all those named above
And several others too.

Anxiety is thus sustained,
Throughout the system felt.
Someone, perhaps, must do that job,
But maybe someone else.