From the Minister, Thu Oct 11

Sociologist Milton Bennett has developed a framework of different ways that people react to cultural differences. In which of these stages would you say you are? (Here's a kicker, though: most people imagine themselves at one stage higher than they actually are.)

Stage 1. Denial of difference. One experiences one's own culture as the only “real” one. Other cultures are either not noticed at all or are understood in an undifferentiated, simplistic manner. One is uninterested in cultural difference, but when confronted with difference, seemingly benign acceptance may change to aggressive attempts to avoid or eliminate it. Most of the time, this is a result of physical or social isolation, where one's views are never challenged and are at the center of their reality.

Stage 2. Polarization provides defense against difference. One has dualistic us/them thinking, frequently accompanied by overt negative stereotyping. In Version A, one’s own culture is experienced as the most “evolved” or best way to live. One will openly belittle the differences between their culture and another, denigrating race, gender or any other indicator of difference. One is openly threatened by cultural difference and likely to act aggressively against it. In Version B, this is reversed. One’s own culture is devalued and another culture is romanticized as superior.

Stage 3. Minimization of difference. The experience of similarity outweighs the experience of difference. One recognizes superficial cultural differences in food, customs, etc, but emphasizes human similarity in physical structure, psychological needs, and/or assumed adherence to universal values. One overestimates one's tolerance while underestimating the effect (e.g. “privilege”) of one's own culture. One approaches intercultural situations with the assurance that a simple awareness of the fundamental patterns of human interaction will assure success of communication.

Stage 4. Acceptance of difference. One’s own culture is experienced as one of a number of equally complex worldviews. One accepts the existence of culturally different ways of organizing human existence, although one does not necessarily like or agree with every way. One can identify how culture affects a wide range of human experience, and one has a framework for organizing observations of cultural difference. One will eagerly question others, reflecting a real desire to be informed, and not to confirm prejudices. The key words of this stage are “getting to know” or “learning.”

Stage 5. Adaptation to difference. One's worldviews expand to accurately understand other cultures and behave in a variety of culturally appropriate ways. One effectively uses empathy and frame-of-reference shifting to understand and be understood across cultural boundaries. One has the skills to act properly outside of one’s own culture and is able to “walk the talk.” As facility at smoothly shifting among cultural worldviews increases (sometimes called "Stage 6, Integration"), one's sense of identity expands and one sees oneself as “marginal” (not central) to any particular culture. 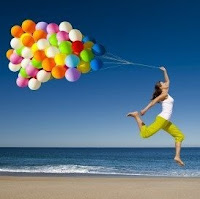 Practice of the Week: Start a Joy Collection / 1. The day-end review. Your joy collection begins by reinforcing the collection in your memory. Lying in bed at night, instead of stewing about mistakes committed or rudenesses endured, make an intentional practice of reviewing moments of joy experienced that day. 2. Artifact collection. Start deliberately collecting movies, videos, books, music, art, photos, or writings that express joy. 3. Sharing. With technology we can have a further communal practice of sharing these artifacts. READ MORE. 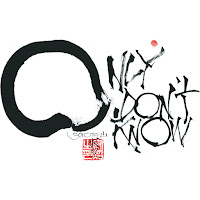 Your Moment of Zen: She Doesn't Know / Lines from the Heart Sutra:

Our brains are so full of biases -- confirmation bias, correspondence bias, self-serving bias, belief bias, hindsight bias, etc. Yet this is what allows us to be the social creatures that we are, bonding with and caring about each other. We love our tribe and would be lost without them. But our brains our built to pay a cost in true understanding for the blessings of tribal bonding.

Brown Bear and Raven seem to suggest that we say what we need to say to affirm our vital connections -- but don't believe it. We really don't know. We don't know anything. We are beings built for love, not knowledge -- so don't believe anything you think. "Only don't know" is the way.


Raven took her perch one evening and told the story that a visitor had once come to Brown Bear and asked, "What is the meaning of 'form is no other than emptiness'?"
Brown Bear had replied, "I don't know. It's a line in an old sutra."
When Raven had said this, Owl asked, "Brown Bear knows the sutras very well. How could she say she didn't know?"
Raven said, "She doesn't know."
Owl said, "But she's a great teacher. She's our grandmother in the Great Law."
Raven said, "She really doesn't know."


What is the meaning of your
"What is the meaning of...?"?
Say more of what is biting you.
I have various potions in my apothecary;
Tell me about your bug, and I'll select
A bottle for you.
They are all placebos, still
The telling is treatment,
And the rituals of care.

It is a brave physician
Who withholds these ministrations,
Avers there is no cure,
And casts the patient out to
Live with the terrifying condition
Of having no disease.