In 2010, the Unitarian Universalist Association began selecting an annual Common Read. "A Common Read invites participants to read and discuss the same book in a given period of time. A Common Read can build community in our congregations and our movement by giving diverse people a shared experience, shared language, and a basis for deep, meaningful conversations."

2016-17: William Barber, The Third Reconstruction: How a Moral Movement Is Overcoming the Politics of Division and Fear. CLICK HERE.

At a time when divide-and-conquer politics are exacerbating racial strife and economic inequality, Rev. Barber offers an impassioned, historically grounded argument that Moral Mondays are hard evidence of an embryonic Third Reconstruction in America.

The first Reconstruction briefly flourished after Emancipation, and the second Reconstruction ushered in meaningful progress in the civil rights era. But both were met by ferocious reactionary measures that severely curtailed, and in many cases rolled back, racial and economic progress. This Third Reconstruction is a profoundly moral awakening of justice-loving people united in a fusion coalition powerful enough to reclaim the possibility of democracy-even in the face of corporate-financed extremism.

In this memoir of how Rev. Barber and allies as diverse as progressive Christians, union members, and immigration-rights activists came together to build a coalition, he offers a trenchant analysis of race-based inequality and a hopeful message for a nation grappling with persistent racial and economic injustice. Rev. Barber writes movingly-and pragmatically-about how he laid the groundwork for a state-by-state movement that unites black, white, and brown, rich and poor, employed and unemployed, gay and straight, documented and undocumented, religious and secular. Only such a diverse fusion movement, Rev. Barber argues, can heal our nation's wounds and produce public policy that is morally defensible, constitutionally consistent, and economically sane. The Third Reconstruction is both a blueprint for movement building and an inspiring call to action from the twenty-first century's most effective grassroots organizer.

Drawing on the prophetic traditions of the Jewish and Christian scriptures, while making room for other sources of truth, the book challenges us to ground our justice work in moral dissent, even when there is no reasonable expectation of political success, and to do the hard work of coalition building in a society that is fractured and polarized. 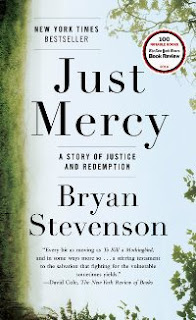 A powerful true story about the potential for mercy to redeem us, and a clarion call to fix our broken system of justice -- from one of the most brilliant and influential lawyers of our time.

Bryan Stevenson was a young lawyer when he founded the Equal Justice Initiative, a legal practice dedicated to defending those most desperate and in need: the poor, the wrongly condemned, and women and children trapped in the farthest reaches of our criminal justice system. One of his first cases was that of Walter McMillian, a young man who was sentenced to die for a notorious murder he insisted he didn’t commit. The case drew Bryan into a tangle of conspiracy, political machination, and legal brinksmanship—and transformed his understanding of mercy and justice forever.

Just Mercy is at once an unforgettable account of an idealistic, gifted young lawyer’s coming of age, a moving window into the lives of those he has defended, and an inspiring argument for compassion in the pursuit of true justice. 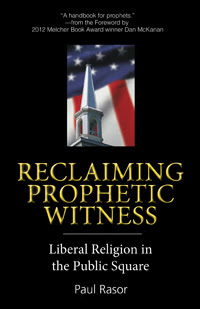 In Reclaiming Prophetic Witness, Rasor argues that conservative Christianity is not the only valid religious  voice in our national social policy. His book invites Unitarian Universalists to explore and claim our c ontribution, as religious liberals, to the pressing moral and ethical debates of our contemporary world.

This year's selection is an elegantly written, 105-page gem. Rasor observes that many liberals are uncomfortable with talking about our faith as the well from which spring our social justice commitments. The book includes insights from our theological heritage and our history that have bearing for us today, and calls us to prophetic, faith-based justice work.

In Reclaiming Prophetic Witness, Rasor argues that conservative Christianity is not the only valid religious voice in our national social policy. His book invites Unitarian Universalists to explore and claim our contribution, as religious liberals, to the pressing moral and ethical debates of our contemporary world. This elegantly written, 105-page book, is a gem. Rasor observes that many liberals are uncomfortable with talking about our faith as the well from which spring our social justice commitments. The book includes insights from our theological heritage and our history that have bearing for us today, and calls us to prophetic, faith-based justice work. 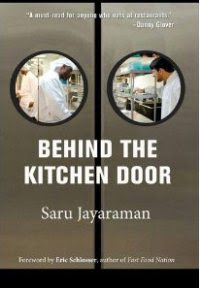 Behind the Kitchen Door "reveals how restaurant workers live on some of the lowest wages in America and how poor working conditions—discriminatory labor practices, exploitation, and unsanitary kitchens—affect the meals that arrive at our restaurant tables. The author, who launched a national restaurant workers organization after 9/11, tells the stories of ten restaurant workers in cities across the United States as she explores the political, economic, and moral implications of eating out: What’s at stake when we choose a restaurant is not only our own health or “foodie” experience but also the health and well-being of the second largest private sector workforce—10 million people, many immigrants, many people of color, who bring passion, tenacity, and insight into the American dining experience.

"Behind the Kitchen Door invites Unitarian Universalists to intentionally consider their practices in restaurant dining. It makes visible the lives of people who are subject to discrimination and oppression based on economic status, race, ethnicity, gender, and/or immigration status. Common Read groups are encouraged to let Behind the Kitchen Door inspire follow-up action, such as advocacy for just working conditions for restaurant workers, as part of a commitment to ethical eating. Use the UUA's economic justice resources to learn about minimum wage campaign and actions you and your congregation can take to help." (UUA Website). 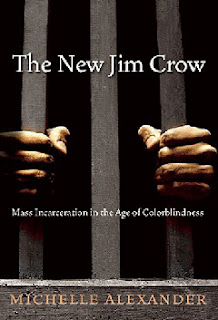 Once in a great while a book comes along that changes the way we see the world and helps to fuel a nationwide social movement. The New Jim Crow is such a book. Praised by Harvard Law professor Lani Guinier as "brave and bold," this book directly challenges the notion that the election of Barack Obama signals a new era of colorblindness. With dazzling candor, legal scholar Michelle Alexander argues that "we have not ended racial caste in America; we have merely redesigned it." By targeting black men through the War on Drugs and decimating communities of color, the U.S. criminal justice system functions as a contemporary system of racial control — relegating millions to a permanent second-class status — even as it formally adheres to the principle of colorblindness. In the words of Benjamin Todd Jealous, president and CEO of the NAACP, this book is a "call to action."

Called "stunning" by Pulitzer Prize–winning historian David Levering Lewis, "invaluable" by the Daily Kos, "explosive" by Kirkus, and "profoundly necessary" by the Miami Herald, this updated and revised paperback edition of The New Jim Crow, now with a foreword by Cornel West, is a must-read for all people of conscience. 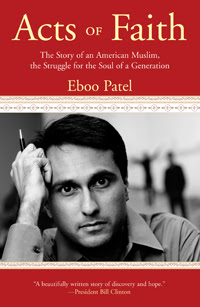 Acts of Faith is a remarkable account of growing up Muslim in America and coming to believe in religious pluralism, from one of the most prominent faith leaders in the United States. Eboo Patel’s story is a hopeful and moving testament to the power and passion of young people — and of the world-changing potential of an interfaith youth movement.

Patel, a former Rhodes scholar with a doctorate in the sociology of religion from Oxford, is the founder of the Interfaith Youth Core, an organization that unites young people of different religions to perform community service and explore their common values. Patel argues that such work is essential, manifesting the faith line that will define the 21st century. Patel's own story is more powerful than the exhaustive examples he provides of how mainstream faith failed to reach young people like Osama bin Laden and Yighal Amir, the assassin of Yitzhak Rabin. With honesty, Patel relates how he suffered the racist taunts of fellow youth, and, in response, alternately rebelled against and absorbed the religion of his parents — Islam — but in his own way. Meanwhile, he continued to pursue interfaith work with vigor, not quite knowing his end goal but always feeling in his gut that interfaith understanding was the key. This autobiography of a young activist captures how an angry youth can be transformed—by faith, by the community and, most of all, by himself — into a profound leader for the cause of peace. 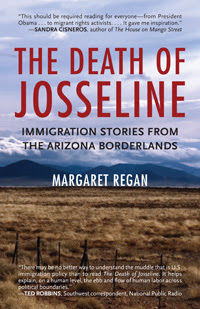 Dispatches from Arizona—the front line of a massive human migration—including the voices of migrants, Border Patrol, ranchers, activists, and others

For the last decade, Margaret Regan has reported on the escalating chaos along the Arizona-Mexico border, ground zero for immigration since 2000. Undocumented migrants cross into Arizona in overwhelming numbers, a state whose anti-immigrant laws are the most stringent in the nation. And Arizona has the highest number of migrant deaths. Fourteen-year-old Josseline, a young girl from El Salvador who was left to die alone on the migrant trail, was just one of thousands to perish in its deserts and mountains.

With a sweeping perspective and vivid on-the-ground reportage, Regan tells the stories of the people caught up in this international tragedy. Traveling back and forth across the border, she visits migrants stranded in Mexican shelters and rides shotgun with Border Patrol agents in Arizona, hiking with them for hours in the scorching desert; she camps out in the thorny wilderness with No More Deaths activists and meets with angry ranchers and vigilantes. Using Arizona as a microcosm, Regan explores a host of urgent issues: the border militarization that threatens the rights of U.S. citizens, the environmental damage wrought by the border wall, the desperation that compels migrants to come north, and the human tragedy of the unidentified dead in Arizona’s morgues.
Posted by Rev. Meredith Garmon at 14:48