Practice of the Week
No Blaming 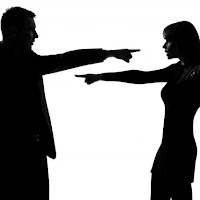 No blaming. Whatever happens, don't ever blame anyone or anything else. Take responsibility. Eat the blame and it will make you strong.

In ancient China the monks of a monastery had their meals in the meditation hall oryoki style: seated in rows on their cushions, with formal serving and chanting, eating in a dignified, prescribed manner. On one such occasion, the monastery's abbot discovered a snake head in his soup. This was not snake soup; the monastery was vegetarian. It was definitely a mistake. Probably a farmer monk out in the fields hadn't noticed that he'd cut off the head of snake while cutting the greens, and the snake's head had found its way into the soup pot because the soup-cook monk also hadn't noticed it. Such things happen, even when you are practicing mindfulness and doing good organic farming and trying not to kill anything. But a mistake is a mistake, and a mistake that ends up in the abbot's bowl is a mistake compounded. The abbot called the head cook. "Look!" He held up the snake's head. The head cook, without saying a word, snatched the snake's head and swallowed it. He didn't blame the farmer; he didn't blame the soup cook. He didn't make excuses. He didn't feel guilty or ashamed. He ate the blame. It was probably very nourishing.

Don't blame others, and don't blame yourself either. "Take responsibility" doesn't mean directing blame at yourself. We often blame ourselves and have been doing so most of our lives. We are constantly feeling guilty about everything, and if we are not guilty, we are ashamed. You don't need to blame yourself for the situation you find yourself in. Just take full responsibility for what to do now that you're in that situation.

No blaming means you can't blame anyone for what happens, even if it's actually someone's fault, like the farmer's or the soup cook. It may be their fault, but you really can't blame them. Something happened, and since it did, there is nothing else to be done but to make use of it. Everything that happens, disastrous as it may be, and no matter whose fault it is, has a potential benefit, no matter how bad it may seem at first. That's the nature of something happening, that it has a potential benefit, and it's your job to find out how to turn it into a benefit.

No blaming means you take the full appreciation and full responsibility for everything that arises in your life, no matter whose fault it is. This is very bad; this is not what I wanted; this brings many attendant problems. But what are you going to do with it? What can you learn from it? How can you make use of it for the path? These are the questions to ask, and answering them is entirely up to you. Furthermore, you can answer them. You have the strength and the capacity. No blaming is a tremendous practice of cutting through the long human habit of complaining and whining, and finding on the other side of all of that the strength to turn every situation into the path.

Blaming others and blaming yourself are actually not so different. How is it possible to blame yourself? The only way is to stand next to yourself wagging your finger at yourself, just the way you wag your finger at someone else you are blaming for something. Blaming yourself requires that you somehow stand outside yourself and scrutinize yourself, removing yourself from yourself so as to make yourself into somebody else that you could blame. This is absurd, yet this is what we do. There is no way to be self-blaming or self-incriminating or self-judging without self-externalizing. The question, then, is: Who is it that is standing over there wagging her or his finger at whom?

So it doesn't matter whom you blame. Self or another, it is more or less the same thing. The important point is to accept that what has happened has actually happened. Without hesitation you eat the snake head. You accept reality; you accept responsibility; you figure out what to do next.

And if you can't shake the recriminations? You breathe them in; you breathe them out; you try your best to stay present and patient and not let your mind run away with you. Here you are. This is it. It is not some other way -- it is this way. There is no place else to go but forward into the next moment. Repeat the slogan -- no blaming -- as many times as you have to.

Use your journal to reflect on how you understand the distinction between blaming yourself  and "eating the blame" by taking "full appreciation and full responsibility for everything that arises in your life no matter whose fault it is."
During your journaling time, think back over the previous 24 hours: Did you blame others? Did you blame yourself? If so, describe. In those particular circumstances, how could you, instead, have taken responsibility without blaming?

* * *
For list of all weekly practices: "Practices of the Week Index"
Posted by Rev. Meredith Garmon at 19:19