Practice of the Week
Enjoy Humility

"Humility is not thinking less of yourself, it's thinking of yourself less." (C. S. Lewis)

Adapted from Rick Hanson, Just One Thing.
Some might think that humility means being less than others, a doormat, second-class, or self-effacing.

But actually, it's none of these. Humility just means that you're stepping out of the rat race of self-glorification. You're not trying to build up your ego, impress people, or compete with others for status. You're not preoccupied with yourself. What a relief!

The root of the word "humble," comes from the Latin for "ground." With humility, you abide like the earth itself: solid, unpretentious, creating value without fanfare.

Humility is not humiliation. In fact, relaxed humility builds your confidence: you know your intentions are honorable, and you expect that others will probably be supportive.

In relationships, humility creates comfort and ease. It's like an open hand, empty of the weapons of superiority, scorn, or self-importance. You're receptive to others, not presuming your own infinite wisdom; as a result, they're less likely to feel criticized, and less likely to get defensive or competitive with you. Not chasing praise, you become more aware of your natural worth—which becomes easier for others to see as well; the less you focus on being appreciated, the more appreciation you'll get.

Humility embodies wisdom. It recognizes that everyone, including the grandest, is humbled by needing to depend on a vast web—of people, technology, culture, nature, sunlight, and biochemistry—to live a single day. Fame is soon forgotten. At the end of it all, we're each reduced to dust. Humility helps you be at peace with these facts. 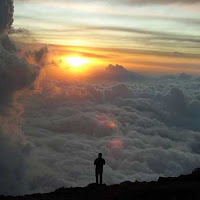 Healthy humility is grounded in healthy self-worth. Feeling humble does not mean feeling inadequate. If you're like me and self-worth has been an issue, take steps over time to deepen your felt recognition of your own good qualities with the practices of taking in the good (HERE) and seeing the good in yourself (HERE). Be mindful of any challenges to self-worth that could lead you to compensate with over-confidence, puffing up your reputation, or preemptive strikes of superiority.

Nor does being humble mean tolerating mistreatment. Speak up and do what you can. Knowing that you are prepared to be assertive makes it easier to relax into the unguardedness of humility.

A humble person wishes all beings well—including oneself. You can still dream big dreams and help them come true. With humility, you pursue excellence, not fame.

Be honest with yourself about any ways you are not humble, any times you've been cocky, pretentious, promoting yourself with exaggerations, or entitled. In particular, try to catch any antihumility in your relationships, such as acting one-up or better-than, or being (even subtly) dismissive or devaluing. Instead, flow more with others: be modest, don't always try to win the point, don't interrupt, and don't claim more than your share of air time or credit.

In your brain, the background murmurings of self-centered preoccupations— I sounded really good there . . . Hope they thought so ... I wish people praised me more... I want to be special — are supported by networks in the top middle portions of your cortex. When you step out of that stream and are simply present with what is, without turning it into a story about yourself, different networks come to the fore, on the sides (especially right) of your head (Farb et al. 2007). You can stimulate these networks and thus strengthen some of the neural substrates of humility by:
Explore humility on a global scale. For example, notice any beliefs that your political viewpoint, nation, or spirituality is superior to that of others. Also consider your consumption of the planet's resources from the perspective of humility, are there any changes you'd like to make?

Throughout, be aware of the rewards of humility. Enjoy how it makes your day simpler, keeps you out of conflicts with others, and brings you peace.


Journal
This week, focus on humility in your daily journaling. Reflect on these three questions:
* * *
Rick Hanson's TED Talk on "Hardwiring Happiness":