Practice of the Week
Failure Gratitude

“So you think you are a failure, do you? Well, you probably are. What’s wrong with that? In the first place, if you have any sense at all you must have learned by now that we pay just as dearly for our triumphs as we do for our defeats. Go ahead and fail. Embrace failure! Seek it out! Learn to love it. That may be the only way any of us will ever be free." (Tom Robbins, Even Cowgirls Get the Blues)

“The exclusive worship of the bitch-goddess Success is our national disease.” (William James)

"Reaching Success demands strange sacrifices from those who worship her.” (Aldous Huxley) 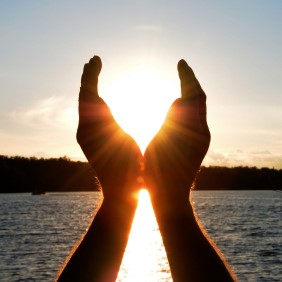 Failure's benefits fall roughly into two sorts: (a) Failure paves the way for a subsequent success, and (b) Failure frees us from the trap of success.

In fact, a Stanford Business School professor recently reported a new trend: young entrepreneurial job seekers are listing their failures on their resumes! Instead of boasting about their successes and awards, they proudly promote their marketing missteps and start-up disasters, and what they learned from them. By sharing what they learned and how they used that learning, they display their ability to look at their failures with creative eyes, not as dead ends and bungled attempts but as lessons and brave test runs.

An even greater value of failure arises not when failure leads to success, but when it frees us from the tyranny of "that bitch-goddess, Success." In such failure we can be liberated from a view that life exists solely for achievement. Sometimes, it’s time to dance, laugh, just celebrate being alive -- rest in the grace of the world and be free of the need to make yourself into anything more than what you are. Failure can teach us the humility to find joy in what we have and are. Without failure, we might imagine that success and achievement was all there was to life. What a miserable existence that would be -- never satisfied, nothing ever good enough!

So try this practice: Make a list of all your life's failures. Give yourself a couple days to make the list as complete as you can. Then go through the list, noting what you gained from each failure. Perhaps it taught you something which you then have used to succeed. Perhaps it brought about a change (a new town, a new job) which you came to be grateful for. Perhaps it helped you become free. What gratitude do you have for each of your failures?

Email ThisBlogThis!Share to TwitterShare to FacebookShare to Pinterest
Labels: Practice of the Week