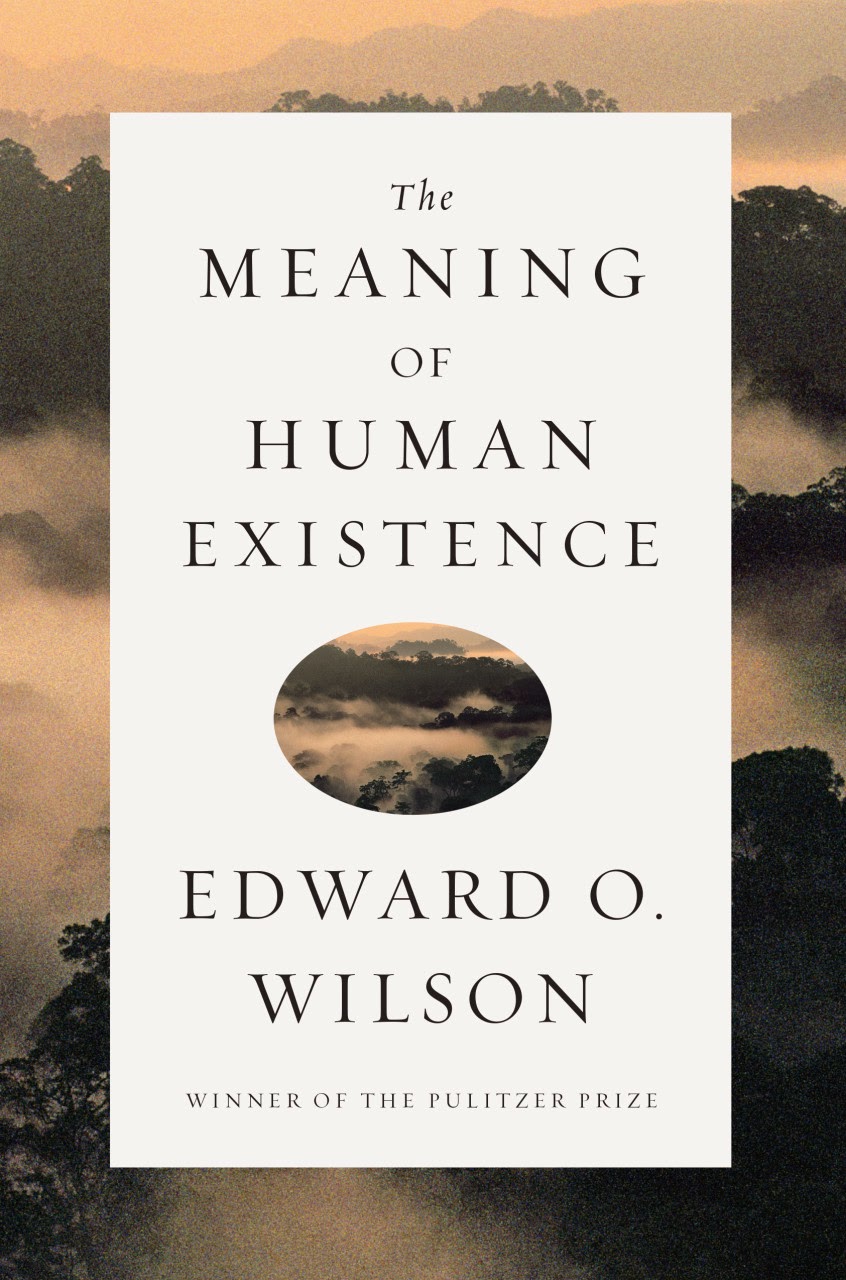 The Science and Spirituality class meets twice monthly at CUC: on the second and fourth Thursdays of the month, 11:30a - 1:00p, usually in room 24.

Any interested person is welcome to join the class for lively discussion of ideas.

Edward O. Wilson is widely recognized as one of the world's preeminent biologists and naturalists. The author of more than twenty books, including The Creation, The Social Conquest of Earth, and Letters to a Young Scientist, Wilson is a professor emeritus at Harvard University. The winner of two Pulitzer Prizes, he lives in Lexington, Massachusetts.

From the National Book Foundation:


The Meaning of Human Existence addresses the most pressing issues of the 21st century, as it gently suggests ways we might move forward without destroying ourselves and the planet. Whether contemplating how to preserve biodiversity, the potential human encounter with extraterrestrials, or the existential problems posed by religious and political fanaticism, Wilson’s self-deprecating tone disguises a piercing, at times shocking argument that will spark productive dialogue among scientists and non-scientists, experts, and general readers alike.

How did humanity originate and why does a species like ours exist on this planet? Do we have a special place, even a destiny in the universe? Where are we going, and perhaps, the most difficult question of all, "Why?" In The Meaning of Human Existence, biologist Edward O. Wilson grapples with these and other existential questions, examining what makes human beings supremely different from all other species. Searching for meaning in what Nietzsche once called "the rainbow colors" around the outer edges of knowledge and imagination, Wilson takes his readers on a journey—from our earliest inception to a provocative look at what the future of mankind portends.

Wilson posits that we, as a species, now know enough about the universe and ourselves that we can begin to approach questions about our place in the cosmos and the meaning of intelligent life in a systematic, indeed, in a testable way and that humanity holds a special position in the known universe. The human epoch that began in biological evolution and passed into pre-, then recorded, history is now more than ever before in our hands. Yet alarmed that we are about to abandon natural selection by redesigning biology and human nature as we wish them, Wilson soberly concludes that advances in science and technology bring us our greatest moral dilemma since God stayed the hand of Abraham.

From Amazon.com about Wilson, The Meaning of Human Existence:

“This compact volume packs a great punch—particularly in its new compelling argument that it would be the gravest of mistakes to reengineer our minds to make ourselves supermen. It understands our limited brains as the right tool for building the kind of future we require, and with this 'existential conservatism' gives us new reason to celebrate the wonder that is us.” (Bill McKibben, author of Enough)

“With remarkable clarity and a depth of insight that is absolutely unique, E. O. Wilson provides a highly readable and immensely enlightening analysis of nothing less than the meaning of human existence and the relationship of our species to the physical universe. By effortlessly merging science with philosophy, Wilson has created a masterwork that lays out his theories of our destiny. Already the world's most distinguished evolutionary biologist, Wilson has transcended disciplinary boundaries with this book to create an invaluable analysis of who we are and the choices we now confront; it is a must-read for all.” (Vice President Al Gore)

“E. O. Wilson is Darwin’s great successor, a scientist of such astounding breadth, depth, experience, and brilliance that he offers us nothing less than a new understanding of humanity… You will see the beauty, mystery, and possibilities of human existence through the eyes of one of humanity’s greatest and most intrepid explorers.” (Jeffrey D. Sachs, Director of the Earth Institute at Columbia University)

“There can be few better guides through our species’ past journey and potential for the future… A provocative and beautifully written collection of essays.” (Tim Lenton - Nature)

“No biologist has been more persistent or eloquent in correcting our misapprehensions about human origins than Edward O. Wilson… We should be grateful that Wilson, so late in his illustrious career, still appeals to reason and imagination in hopes of enlightening us about our nature and inspiring us to change our destructive ways.” (Scott Russell Sanders - Washington Post)

“Wilson asks: Does humanity have a special place in the universe? Where are we going, and why? He answers by telling science’s latest creation stories, and presenting a vision of the future both inspiring and plausible, not an easy feat to pull off… Wilson is both a wild-eyed optimist and a hard-nosed realist. What more can we ask of a prophet?” (John Horgan - Scientific American)

See the New York Times review of The Meaning of Human Existence: CLICK HERE.
See the review in the Washington Post: CLICK HERE.
Posted by Rev. Meredith Garmon at 18:23

Email ThisBlogThis!Share to TwitterShare to FacebookShare to Pinterest
Labels: Science and Spirituality