From the Minister, Fri Nov 16

Religion begins in gratitude. It is the first and most basic spiritual practice and spiritual virtue. The difference between a secular and a religious orientation is not about what entities or supernatural powers do or do not exist – it’s about the attitude we have toward what exists, whatever it is.

Robert Emmons conducted a study in which he asked people to make journal entries once a week. He randomly assigned subjects to one of three groups: the first group listed five things for which they were grateful; the second group listed five hassles or annoyances that week; the third group, the neutral group, listed five events or circumstances that affected them, and they were not told to accentuate the positive or negative aspects of those circumstances.

In the first group, typical items included: The generosity of friends; The right to vote; The God-given gift of determination; That I have learned all that I have learned; Sunset through the clouds; The chance to be alive; My in-laws live only ten minutes away.

In the second group, typical items included: Hard to find parking; Messy kitchen no one will clean; Finances depleting quickly; No money for gas; Our house smells like manure; Burned my macaroni and cheese; Did favor for friend who didn’t appreciate it; My in-laws live only ten minutes away.

It was remarkable, reports Emmons, how much difference it made to take just a couple minutes once a week to list five things one is grateful for. 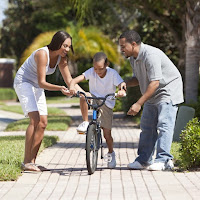 Practice of the Week: Everyday Relationships /Might Be Your Thing. It's easy to see the sacred in the stars at night or in the emotion of a great Sunday service. But how about in your most damp and oozy moments of parenting toddlers? Or in your angriest moments of conflict with a partner? There. Right there is the sacred. Our everyday relationships are not automatically a spiritual practice -- but we can make them be a spiritual practice. READ MORE. 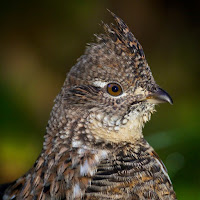 Your Moment of Zen: Giving /We hear from Grouse today. We haven't heard from Grouse since #44, when she was asking about the good of practice, given that even long-time students and some teachers act selfishly and cause dissension in the community.

Grouse refers to an exchange between Mole and Raven in #32: Mole asked, "I'm wondering what happens at the point of death." Raven sat silently a while, and then said, "I give away my belongings."

Those things that are left -- after giving away belongings, and after death -- those things are your self, you know.


Grouse spoke up at a gathering and asked, "Mole said that a while back you said that you give away your belongings when you die. I've been brooding about this, but it still isn't clear to me."
Raven said, "What isn't clear?"
Grouse said, "Is there anything left?"
Raven said, "Oh, lots: the moon, the wind, the crickets."


The Long and the Short of It

Belongings belengthen.
What I belong to and
What belongs to me,
Fix my placement,
Post grief-tinged desires,
And stretch me long between.

Moon, wind, and crickets
Draw me up short again.