From the Minister, Fri Jun 8

“Long-term immigrants with strong US ties are aggressively and systematically being scooped up and deported,” says Clara Long, senior US researcher at Human Rights Watch. “These are not outliers or a smattering of cases; instead, this is the brutal, destructive face of" our current immigration policy.

The number of immigrants seized in the interior of the country rather than at the border – many of them wrenched from their families and communities – was more than 13,000 a month in 2017, up 42 percent compared to 2016. In 2017, immigration arrests of people with no criminal convictions were nearly triple what they were the year before – growing to almost a third of all arrests.

Welcoming the immigrant brings a productive vibrancy among us, and being hospitable also keeps us – people like me who were born in the US, both of whose parents and all four of whose grandparents were born in the US – more vibrantly engaged with our world than insular retreat into despising foreigners allows. Immigration is usually good for the come-heres, and usually good for the been-heres, yet we are ceding ground to fear, to hate, and to plain cruelty.

It may be the case, as Gandhi said (quoted in the June issue of On the Journey), that "What you can do is very little." He added: "But it is very important that you do it."

The Liberal Pulpit. New this week:


Index of past sermons: HERE
Index of other reflections: HERE.

In case you missed it: Video of the Jun 3 sermon on immigration is HERE -- with Yency's wonderbox story HERE. 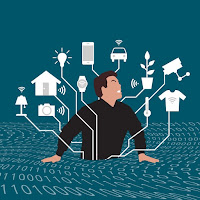 Practice of the Week. The Problems of Progress. The path of un-learning is a path of letting go. We must let go of those thigs that no longer serve our highest good or that of the Earth (which are one and the same). One of the most critical concepts to abandon is the notion of unproblematic progress. We must ask some hard questions, and not turn away from unpleasant answers. We must approach new...READ MORE 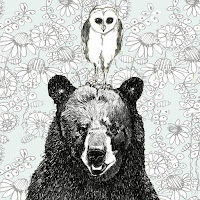 Your Moment of Zen. Owl then spoke up and asked, "What is the essential point of the Eightfold Path?" Brown Bear said, "It goes around and around." Owl drew back her head and exclaimed, "Really? I thought it was a linear path. And I've always thought there should be a ninth step -- that Right Realization should come after Right Zazen." Brown Bear said, "Right Views come after Right Zazen." Owl said, "Then where does...READ MORE
Zen at CUUC: Sat Jun 9

On the Journey, Jun: Justice. HERE
Posted by Rev. Meredith Garmon at 10:20