Council of All Beings

"Allow yourself to be chosen by another non-human life-form," we were instructed. For but an afternoon, I was not quite myself.....

"I am the doe, hungry and frightened by the lack of nourishment I find this season in these woods. When will the growth return? Here, exposed in the clearing, dare I nibble in this well-watered garden of such strange things?"

I was participating in an Earth Literacy retreat some twenty years ago at the Pendle Hill Quaker center outside Philadelphia. After days of discussions devoted to readings on ecology, environmental ethics and climate change realities, this particular afternoon was devoted to The Council of All Beings exercise. Having been instructed to wander the grounds, I noticed one deer making its way into and through the center's vegetable garden. From a respectable distance, I settled in for a good twenty or thirty minutes of simply sitting still and observing... no note-taking allowed! Many moments I was convinced we two Beings had made the kind of real eye contact that communicates, "I see you, respect and honor your Being"... at least that was my experience. This exercise in awareness, intuition and imagination did have me stepping outside my human identity and inhabiting what I imagined the deer's to be.

As the bell sounded, I returned to the Art Studio which was abuzz with activity as we created masks and costumes to represent our chosen beings and awaited the beginning of the Council. It's not just children who immerse themselves in the imaginary, creative work of play and not just adults who attend Council meetings!

As the Council convened, we Beings processed in and one at a time addressed the gathered community to share our concerns and challenges. Each Being was acknowledged and affirmed by the others who responded, "We hear you." Several Beings of the human species were then invited to join the Council, and they took their places to simply sit still, observe and listen to the Beings speak their truths. When this exercise works well, the humans become increasingly concerned and alarmed, and then the Beings offer their various powers to support and encourage the humans to act on their behalf to effect positive change. In essence, The Council of Beings charges the humans to take up a ministry of environmental and animal advocacy.

In an ideal world, the next refrain would be "And they lived happily every after!" But it's not quite that easy! The reality, as I see it, is that each of us has a role to play to nudge our collective future story towards a planet where all Beings are heard and respected, a world where our compassion for and advocacy on behalf of all others brings healing and wholeness.

What role will you play? Your turn! Go and allow yourself to be chosen by another non-human life-form. 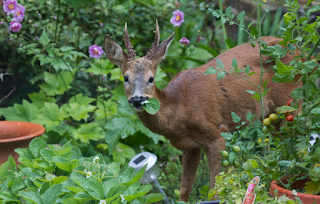 WANT TO KNOW MORE?? The Council of All Beings is both the name of a communal ritual and a series of workshops developed by Buddhist eco-activists John Seed (of Rainforest Action Network fame) and Joanna Macy in 1985 in Australia. Since then, it has been widely used by environmental educators and activists in educational and community settings for children and adults. You can read about the exercise online here or find it in several publications, including in Joanna Macy's recently updated book Coming Back to Life: Practices to Reconnect Our Lives, Our World.