Be a Child of Illusion

Practice of the Week
Be a Child of Illusion
Category: SLOGANS TO LIVE BY. These are for everyone. Carry these reminders at all times. These practices don't require setting aside a separate substantial chunk of time -- but they will slow you down a bit (and that's a good thing.) Resolve to get stronger at living by these maxims, day by day. Sometimes make one of them the focus of your daily journaling. 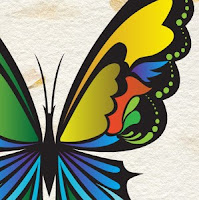 Spiritual practice requires a certain degree of childlike innocence -- of accepting what seem to be "illusions."

Here are some attitudes, hopes, and beliefs that many people regard as illusions:
Be a child of such "illusion"!

The world teaches us in various ways that these attitudes and hopes are mere wishful thinking, blind to the harsh reality. Living with our eyes open, says the world, makes us realists who know better than to believe in such pretty fictions. The world is a harsh place. Even the nicest people have their seamy sides; their true motivations are not what they seem When push comes to shove, everyone is self-interested. And some are even cruel.

You can acknowledge this common and understandable attitude, and decide to be a child of "illusion" anyway.

Being a child of illusion doesn't mean that you ignore the other, more difficult side of life and of humanity, or pretend it doesn't exist. It just means that we don't have to let that side completely colonize your mind and heart. Why not let the innocence that's also there have its place? Who's to say the world of illusion, the world of the child, is less real than the brutally realistic world of the adult?

A child's world is as real as any other. Children cheer us up. Life can be gruesome, and many very tough things can be going on, but when you see a child, if you can suspend for a moment your grim preoccupation and take in the child's reality, you are instantly cheered, at least for a moment, because there is something endearing and strongly positive in a child's world. We have all inhabited and been formed by that world, even if we have come to largely abandon it.

Yet that child's world still exists in us too. Why not cultivate it, recall it, in our everyday lives? Why not have, along with our appropriate adult perspective, a child's-eye view of the world? After all, we have been practicing seeing everything as a dream, examining unborn awareness, and resting in the openness of mind. To be a child of illusion is to take those practices into everyday life and introduce an element of childlike delight. Maybe we can cheer ourselves up.

There are many ways to practice being a child of illusion. You can stop every now and then and look out the window. What do you see out there: a tree, the sky, a tall building? Whatever it is, why not take it in for a moment with wonder.

What about the person in your life who has been giving you a hard time these days? Why not call her to mind or, even now, as you are talking to her and looking at her, notice her eyes and ears and nose and marvel at them.


* * *
Being a child of illusion -- together with "see everything as a dream," "examine the nature of awareness," "don't get stuck on peace," and "rest in the openness of mind" -- expands and smooths the space we are living in, breaking down the walls we've been putting up for so long, maybe without realizing it, walls that have been causing us so much pain and sorrow and loneliness. These walls have also been causing pain to others. Each one of us could be a source of joy for ourselves and for everyone who knows us. Maybe you know someone who is like this, and whenever you are with this person you feel happy. A person like this is a blessing for the world. And there is no reason why you couldn't be that person. Why aren't you that person now? Because of these walls of self-protection you've built, these attitudes of limit and lack. These practices will allow those walls and those attitudes to fall down. Resting childlike in openness of mind in this dream-like life, you will feel protected and at peace. You will feel not only that you are loved but that love is built into the nature of what you are and of what the world is.


* * *
From Judith Lief, Tricycle, "In Post-Meditation, Be a Child of Illusion."

Once you embark on the meditative path, once you are called a practitioner, everything you do should be seen as practice. The problem is that this could be taken in a very heavy-handed way, which would cloud ordinary activities with a pall of earnestness. It could be taken in an overly precious way, in which everything takes on deep import and a quality of icky religiosity. The trick is to maintain an attitude of practice and at the same time be light and ordinary.

In this slogan, the particular postmeditation practice is to “be a child of illusion.” It is to play within an environment that we recognize to be shifty and illusory. So rather than trying to make our world solid and predictable, and complaining when that is not the case, we could maintain the glimpses of the illusory nature of experience that arise in meditation practice, and touch in with that open illusory quality in the midst of our daily activities. That looser more open quality is the ground on which the compassionate actions of the bodhisattva can arise.

Notice what happens when you move from formal meditation practice to postmeditation practice. Where is the continuity and where is the discontinuity? When you see yourself getting more and more solid and fixed, remember this slogan, take a fresh start, and notice how that affects the quality of your actions.