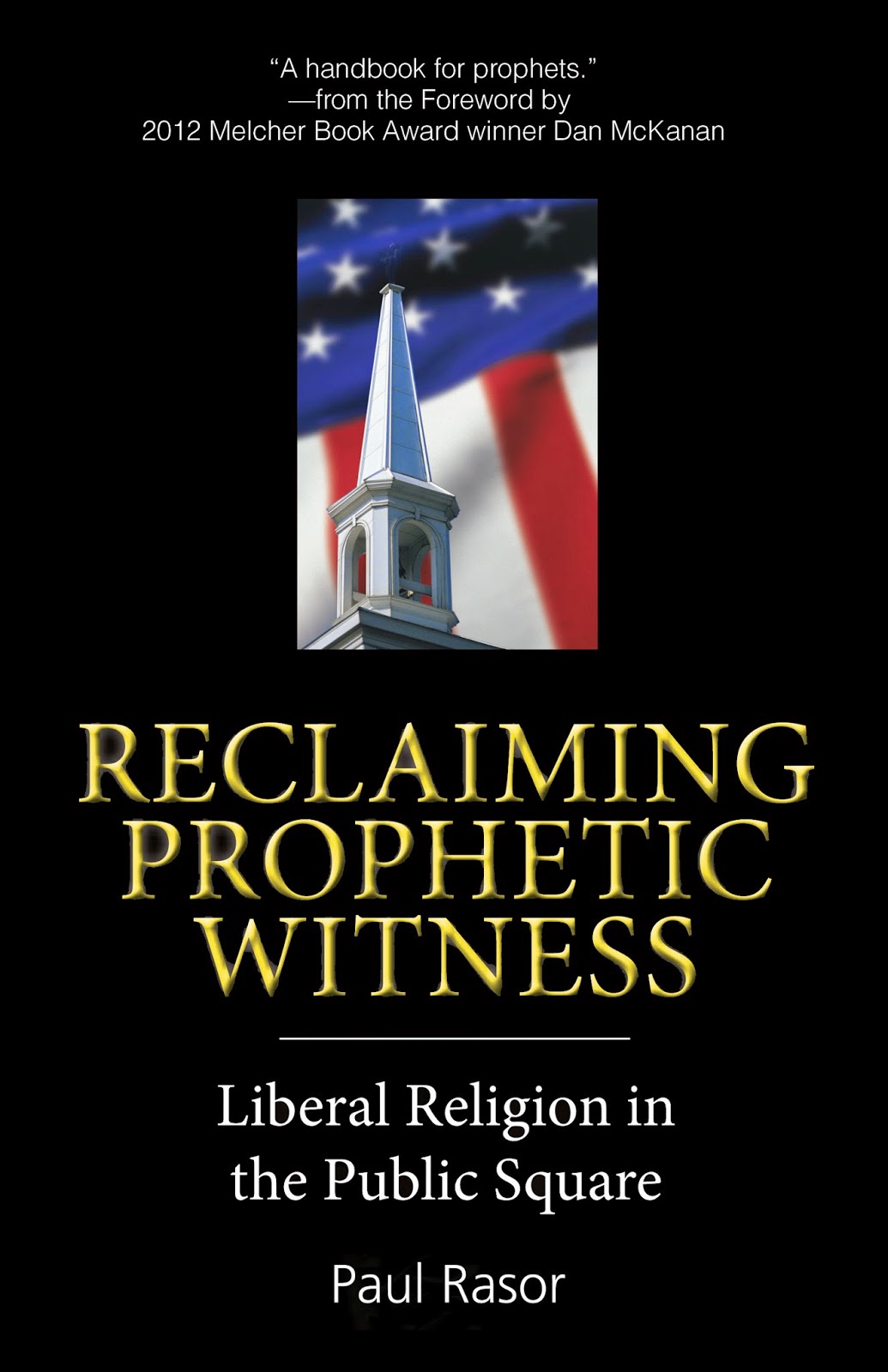 The selection committee met during the summer, thoughtfully considered the 14 books nominated for the 2014-15 Common Read, and, on Aug 5 announced their choice.

In Reclaiming Prophetic Witness, Rasor argues that conservative Christianity is not the only valid religious  voice in our national social policy. His book invites Unitarian Universalists to explore and claim our c ontribution, as religious liberals, to the pressing moral and ethical debates of our contemporary world.

The selection committee includes both headquarters and field staff of the UUA, charged each year to discern the most useful and appealing offering for congregations and individual Unitarian Universalists. This year's selection is an elegantly written, 105-page book is a gem. Rasor observes that many liberals are uncomfortable with talking about our faith as the well from which spring our social justice commitments. The book includes insights from our theological heritage and our history that have bearing for us today, and calls us to prophetic, faith-based justice work.

Order your copy from the UUA Bookstore: CLICK HERE
Or from Amazon: CLICK HERE
Posted by Rev. Meredith Garmon at 21:47