I've been noticing how so much of political rhetoric emphasizes not being weak. This has always been a strain in American -- and, indeed, most of the industrialized world's -- rhetoric. It just seems a bit more emphatic recently. Maybe it's just me.

Candidates claim to be "strong," and that their opponents are "weak." Being strong is often a good thing, but it's not the only good thing. There are other values -- such as what purpose one's strength is serving.

Along with claiming "strength," many candidates claim to be "fighters" -- because a "fighter" is "strong." I agree that there are times when it may be necessary to fight -- and the wisdom to discern those times and the courage to rise to the necessity of a fight are, indeed, virtues. But being a fighter in general is more often a vice than a virtue.

I happened to come across an article a few weeks ago about Alaska representative Mary Peltola visiting a high school. She said to the students:

“You aren’t going to get 434 people to agree with you if they all hate you. So for the people who say, ‘I’m going to go and be a fighter,’ that only gets you so far. You have to go and be a get-a-long-er too, you know, and make friends. The only way you can get things done is if you have a good relationship with the people that you work with.”

Perhaps Peltola's perspective is starting gain traction these days. NPR reported yesterday (Dec 15): "Three-quarters of Americans say they want members of Congress to compromise with the other side, the highest in at least a decade."

"Fighting for principles" can sound appealing -- but we also need the humility to recognize that other people care about principles too. And when their principles conflict with ours, some compromise may be in order. That's just respecting other people. If we're convinced we're right -- so much so that we think anyone who sees things differently is evil -- then respect goes out the window.

"Strength" is only a value if the cause we are strongly serving is a valuable one. The cause most worth serving, I'd say, is minimizing cruelty.

The Dec 11 service, "Where Words Leave Off": 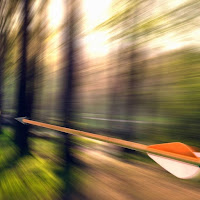 "Flighty" originally meant "swift." How it came to mean fickle or frivolous isn't clear -- perhaps from descriptions of certain people as being given to "flights" of imagination. Raven seems to evoke the original meaning of flighty -- swift. Yet the modern meaning is there, too.