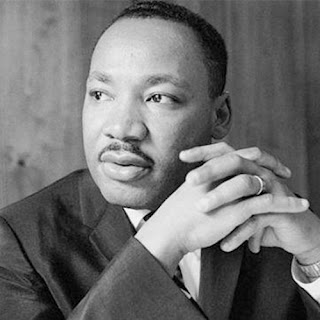 I was a small child when Dr. Martin Luther King, Jr. was assassinated in Memphis, and mostly unaware of the news or the reasons for changes in my parents’ moods – my first real memory of news is the moon landing. But as an adult, the importance of this man’s passion, commitment, and righteousness continues to inform us today as we dream of the beloved community.

Yet in order to achieve the dream, we must not only transform our politics and our culture, but we must transform ourselves. As my contemporary. Rev. Erik Walker Wikstrom writes, “we must not just express our desired change, we must reorganize our thoughts, our perspectives, and even our organizations to be like the anti-racist, multi-cultural, anti-oppression world we want to see. And the sad truth is that as long as our denomination is organized the way it is, the best we can hope for is change. True transformation will elude us, and nothing short of transformation is what we need.”

On the day before he was assassinated, King encouraged us toward transformation, to keep on this path, because the journey is worth it:

“Something is happening in our world. And you know, if I were standing at the beginning of time, with the possibility of taking a kind of general and panoramic view of the whole of human history up to now, and the Almighty said to me, ‘Martin Luther King, which age would you like to live in?’ I would take my mental flight by Egypt and I would watch God’s children in their magnificent trek from the dark dungeons of Egypt through, or rather across the Red Sea, through the wilderness on toward the promised land.

“And in spite of its magnificence, I wouldn’t stop there.

“I would go on, even to the great heyday of the Roman Empire. And I would see developments around there, through various emperors and leaders.

“I would even go by the way that the man for whom I am named had his habitat. And I would watch Martin Luther as he tacked his ninety-five theses on the door at the church of Wittenberg.

“I would come on up even to 1863, and watch a vacillating President by the name of Abraham Lincoln finally come to the conclusion that he had to sign the Emancipation Proclamation.

“I would even come up to the early thirties, and see a man grappling with the problems of the bankruptcy of his nation. And come with an eloquent cry that we have nothing to fear but ‘fear itself.’

“Strangely enough, I would turn to the Almighty, and say, ‘If you allow me to live just a few years in the second half of the 20th century, I will be happy.’

“Now that’s a strange statement to make, because the world is all messed up. The nation is sick. But I know, somehow, that only when it is dark enough can you see the stars. And I see God working in a way that we, in some strange way, are responding. Something is happening in our world. The masses of people are rising up. And wherever they are assembled today, the cry is always the same: ‘We want to be free.’”