From the Minister, Fri Sep 6


If you missed the Aug 18 service, here's the video:

And here's video of the Aug 25 service:

Find many other videos of past services at our Youtube Channel: HERE 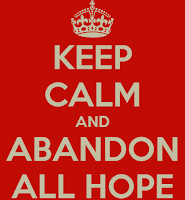 Practice of the Week: Abandon Hope /While hopefulness is preferable to despair or apathy, there's a downside to hope. Hope turns easily to discouragement when the anticipated results don’t seem to arrive. In this sense, hope is limiting and unhelpful. It really is impossible to say for certain whether or not we have improved, so it is better not to frustrate ourselves with such useless questions. Instead, abandon hope and keep going with the training in the faith that it is worthwhile for its own sake. Neither look for improvement nor imagine there is no improvement. Neither celebrate improvement if you think you detect it nor suppose you are getting worse. READ MORE. 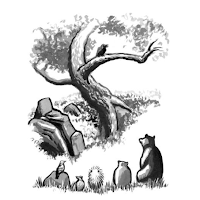 Our guides on the great way include the passions and delusions, blowing smoke from their ears, as well as our calm insight.


Black Bear appeared one evening and said, "Tell me about Mara. I understand that he is the Great Destroyer."
Raven said, "The Great Founder."
Black Bear said, "That's what the Buddha Macaw is called."
Raven said, "Yes, but she never learned to blow smoke from her ears."


Psychotropic drugs
Utilize brain receptors
there for a reason.

Like that,
We are made to receive
our companions:
ruby anger,
ochre shame,
blue-black fear,
chartreuse envy,
and all the rest.

Good medicine
In the right dose.