From the Minister, Fri Jun 7

Words of Alasdair MacIntyre haunt me:


What matters at this stage is the construction of local forms of community within which civility and the intellectual and moral life can be sustained through the new dark ages which are already upon us. And if the tradition of the virtues was able to survive the horrors of the last dark ages, we are not entirely without grounds for hope. This time however the barbarians are not waiting beyond the frontiers; they have already been governing us for some time. And it is our lack of consciousness of this that constitutes part of our predicament. We are not waiting for a Godot, but for another – doubtless very different – St. Benedict.

(Benedict of Nursia [480-547] composed the "Rule of Saint Benedict", a set of rules for monastic life that were so widely adopted throughout the middle ages that Benedict is thought of as the founder of Western Christian monasticism. For MacIntyre, Benedict thus represents the salvaging of "civility and the intellectual and moral life" and "the tradition of the virtues" after the fall of Rome.)

Actually, though, this sense of decay of order is a leitmotif of the last century. In 1919, W.B. Yeats wrote:


Turning and turning in the widening gyre
The falcon cannot hear the falconer;
Things fall apart; the centre cannot hold;
Mere anarchy is loosed upon the world,
The blood-dimmed tide is loosed, and everywhere
The ceremony of innocence is drowned;
The best lack all conviction, while the worst
Are full of passionate intensity.

I am not as pessimistic as MacIntyre, nor do I find the dichotomy between barbarism and virtue quite as compelling as he does. The Greek and Roman virtues are valuable, but some newer virtues -- equality, most generally and most significantly -- are also important. Still, the sense of things falling apart has only been growing -- if not continuously for the 100 years since since Yeats wrote, then in the 40 years since MacIntyre's passage. On the right, this manifests as a reactionary urge to return to a largely imaginary period of American greatness. On the left, it is the populist appeal of that reactionary urge that occasions a feeling of civilizational collapse.

Still, I believe MacIntyre is right that, "What matters . . . is the construction of local forms of community." It is that conviction, and the desire to contribute what I could to construction of moral community, that propelled me eventually out from the academy to the congregation.

My money's on the proposition that it is we -- we who gather to share our lives, strengthen our values, and deepen our wisdom -- who are ourselves the new St. Benedict. "Doubtless very different," indeed! 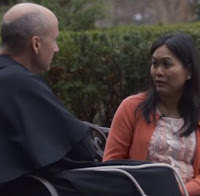 Practice of the Week: Once-a-Month Retreat Days When I mention my retreat days, people are often curious and perplexed, unable to imagine that such a thing is even possible or desirable. As a longtime meditator, I'm amazed and gratified that meditation and mindfulness practices have recently become popular in schools, workplaces, gyms, and even churches. These trends fill me with hope. I'm optimistic that the formalized solitude of making retreat, and the one-on-one companionship of spiritual direction, may also become ordinary components of the practice of serious spiritual seekers. READ MORE 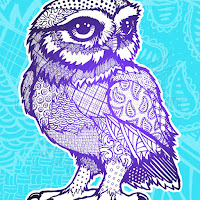 Your Moment of Zen: Mutually Dependent Arising Back in #1, when Raven herself was first looking for a teacher, she visited Jackrabbit and asked what happened when Buddha Macaw looked up from the branch of her Jobo tree, saw the morning star, and announced her realization. Jackrabbit replied, "She realized the truth of mutually dependent arising." Raven did not find this helpful, and went visiting other teachers: Prairie Dog, then Moose, before settling down with Brown Bear.

Through all the gates of the senses,
nothing but musketeers.
Nothing but one musketeer.