From the Minister, Thu Mar 22

In 2018, we've had a "Faith Development Friday" once a month. We've had three so far, and the April event will be on Fri Apr 13. It's great! We gather for dinner and fellowship at 6-ish, and programming starts at 7:00. I've been having a great time leading an exploration of aspects of UU history. On Fri Mar 16, we looked at the role of reason in our tradition -- its triumphs and pitfalls. On Fri Apr 13 we'll be looking at reform movements: the role of intentional efforts to make change, how intentional change tends to include unintentional change, how theology and institution interplay as each makes changes -- and how all this manifests in our UU history. Fascinating stuff!

Our you can choose to go to the Journey Group: Barbara Montrose facilitates the adult group, and Perry leads the kids group. There's also just the option of just enjoying social time with fellow CUUCers.

One Friday a month, CUUC is the place to be! You'd probably enjoy being a part of it.

Sun Apr 29. A SPECIAL CONGREGATIONAL MEETING HAS BEEN CALLED to vote on the proposal that Community Unitarian Universalist Congregation takes the following Position on Escalating Economic Inequity . . . read the position HERE -- it's about a 10-minute read. 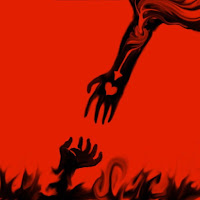 Practice of the Week. Aspire to the Impossible (Slogans to Live By). We’d be selling ourselves short if our aspirations weren't so lofty as to be impossible to fulfill. Just keep making effort in the direction of fulfillment of the aspiration but don't expect to complete the job. You will always have more to do. To commit to something you actually could accomplish is such small potatoes for a lofty, sacred human being like yourself. 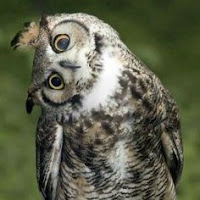 Your Moment of Zen. The Way Things Are. Raven took her perch on the Assembly Oak and said, "The problem is that one thing seems to lead to another." Owl asked, "Isn't that the way things are?" Raven said, "Not really."...