From the Minister, Sun Apr 1

“When despair for the world grows in me,” Wendell Berry says, he turns to nature for solace. I, too, resonate with “the peace of wild things” – where “the wood drake rests” and “the great heron feeds.” After a while hanging out with the critters, though, duty and need calls me back into the human world. Is there anything among humans that lifts hope in answer to the despair of our times?

Answer: congregations. It is an awesome thing that you do, coming to and participating in CUUC. Just showing up Sunday after Sunday, and at other programs during the week, is huge.

Our ailing democracy needs more than fixes to our electoral system – necessary as those fixes are. We – Americans generally – also need work at opening our hearts to democracy as a way of life. At CUUC, we’re doing that work – and have been doing it since 1909. Here, as well as at congregations and other voluntary associations across the land, the arts, the skills, the heart-habits of democracy are cultivated and honed.

Being regularly at our congregation has helped you grow an understanding that we are all in this together, dependent on, and accountable to, one another. It has fostered appreciation of the value of “otherness,” and hospitality to the stranger, those who seem different.

Congregational life has taught you to creatively engage with tensions: both the internal tension of finding yourself doing something not precisely in line with what you’ve said you value, and the external tensions with people whose opinions differ from yours. Engaging those tensions, neither hiding them nor hiding from them, has helped you understand yourself and our neighbors.

In congregational life you have found your voice, known the satisfaction of contributing to positive change, and resisted narratives of your own powerlessness. You have created community, knowing that it takes a village to raise a Rosa Parks, and that steady companionship of kindred spirits nourishes the courage we each need to speak and act as citizens.

Regular participation in congregational life is not the only way to do the work of opening one’s heart to democracy as a way of life, but it is the best way I know.

I am so deeply appreciative of – and I invite us all to appreciate together -- what an important thing, what an amazing thing, it is to decide to be a congregation together: to keep our well-beloved CUUC going; to stay at the table to hash out differences; to resist the many temptations to take our ball and go home when things get a little hairy; to hang in and let the friction rub us smooth; to discern finally the lovely and delightful in one another and the light shining through our cracks.

You come to CUUC, and you do that -- and it is such a great, hopeful thing that you do!

The numbers are dwindling of Americans participating during any given week in any congregation where people practice and learn the gentle and the rough and tumble arts of being a people. More Americans are staying home. Those that do venture to a faith institution are increasingly likely to attend a mega-church, where they see a good show every week but participate in no decision-making, no dialog, no real encounter with one another. And our country suffers from the decline of heart-habits of democracy.

This is a concern, of course, but I do not despair – for hope is reborn every time I step into our building and see you, the members and friends of CUUC, creating, deliberating, deciding, learning, building, growing together. The democratic traditions and customs that you keep alive at our congregation, week after week, may have ebbed in our country in recent decades, but by keeping them strong at CUUC you help them have a chance, soon, to begin again to grow throughout the land.

If I may say it in my native tongue: Y’all are awesome! 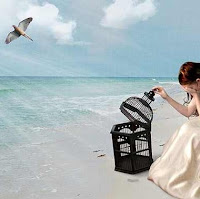 Practice of the Week. Let Go and Have Faith. (Occasional). For one week try letting go of something that you normally spend energy “shoulding” about or otherwise trying to control. Just let go of worrying and meddling with it. In other words: pick one thing that you habitually expend energy to control -- and then step back and let go of as much control as you can over that thing. Have faith that it will turn out OK (even if it isn’t what you would have thought you’d want). 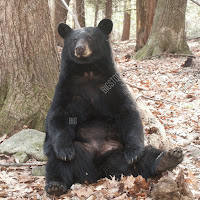 Minister's Tuesday Coffee Chat. I'm at a coffee shop (almost) every Tuesday from 3-5pm. I invite you to drop by and chat.
Apr: Barnes and Noble Cafe, Vernon Hills Shopping Center, Eastchester