Thanks to all of you who have reached out since my medical emergency on Fri evening Aug 5. What happened? The doctors aren't sure. Some sort of heart event -- but not, they say, a heart attack (blood enzymes aren't consistent with that). Last Friday evening, LoraKim and I were sitting on our deck chatting when I passed out for about a minute -- and was too light-headed to stand for about 3 hours thereafter.
I'm currently wearing a heart monitor for two weeks, and have a cardio stress test appointment for after the monitor comes off. Now you know about as much as I do.
As of today (Friday), I continue each day to feel a little more energy and focus -- and I'm pretty much back to normal.

The Aug 7 Service, Rev. LoraKim Joyner, "You Say What?" 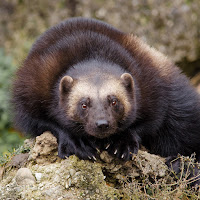 The Zen story, "Baizhang and the Fox" (Gateless Gate #2) makes the point that, on the one hand, an enlightened person does not fall under the law of cause and effect (i.e., is not tangled in the laws of karma), and, on the other hand, such a person is attentive to cause and effect (is not free of karmic law).


Intention arises, sometimes, dispelling aimlessness.
Maybe it clarifies into a trumpet
of compelling and bold mission.
Who blows that rally horn?
Whence the source of its call --
Or my answering march?
When the brass beckoning of grace sounds
There is no resistance --
Or none not overwhelmed --
Which means this too is
following the path of least.