Practice of the Week
No Maligning. No Grudge-Holding.
Category: Slogans to Live By: Carry these reminders at all times. These practices don't require setting aside a separate substantial chunk of time -- but they will slow you down a bit (and that's a good thing.) Resolve to get stronger at living by these slogans, day by day. Sometimes make one of them the focus of your daily journaling.


Adapted from Norman Fischer, Training in Compassion,
"Don't Malign Others," and "Don't Wait in Ambush." 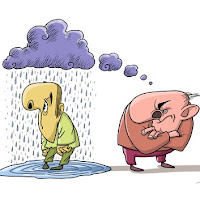 First, don't malign others. It’s good common sense, and advice you might have gotten from your mother. In fact, I actually did get this advice from my mother when I was a boy, and it worked like magic.

When I started seventh grade, it was in a new, much larger, school in another town. This was a very frightening experience for me, because I had never been out of the little town that I grew up in. I was convinced that all the children in the new school would be much smarter and much more sophisticated than I was, probably also taller and older than I. Maybe I would get very poor grades, maybe nobody would like me, I wouldn't have any friends. I was really worried about this all summer before school began. I went to my mother and said: “What am I going to do? What can I do?"

She said, "Don't worry about anything, just don't make nasty remarks about others and everything will turn out okay." So I took this advice to heart, and I resolved I would never make a single nasty remark about anyone, ever.

I can vividly remember the moment that I was standing in a group of children who were all making nasty remarks about somebody. I became really frightened, because it was expected that I would also make such remarks, and now what was I going to do? But I didn't say anything. Everyone else was talking, but I literally didn't say a word, and the rest of the school year I never made a single nasty remark about anybody. Motivated by my fear, I had a strong determination to practice this slogan. In my mind, it was a matter of survival. I didn't understand why this would help, but I trusted my mother, so I did exactly what she said. By the end of the school year, to my great astonishment, I realized that people liked me and were saying nice things about me. This really surprised me. And then I realized it was because my mother was right, that if you don't make nasty remarks about people, people will like you. Since then I have kept this practice, and it has been one of the greatest practices of a lifetime for me.

We might malign others from a vague aim to make ourselves look better by comparison. Or we might do it because we’re holding a grudge. So if someone says or does something hurtful to you, don't hold it inside, nursing it and keeping watch, waiting for that moment when you can leap out of the bushes and attack the person that did this to you.

All the time that you were lurking there in the bushes, you were losing yourself without realizing it, losing your practice, losing the opportunity to learn from your pain and hurt and open up. Instead you were lurking in hiding, festering your hurt, making it bigger and more virulent.

When you find yourself lurking in the grudge shrubs, come out into the open. Don't look for revenge. If you have an enemy, try to engage the enemy with energy and compassion, straight forwardly; don't be sneaky. Often, we don't know we're lurking, so learn to identify what it feels like inside to be lurking. Become aware of the sorts of thoughts and feelings that go with lurking. Then commit yourself to coming out from the bushes into the open, where you can feel what you are feeling and express yourself as best you can.


Adapted from Judith Lief, "Don't Malign Others" and "Don't Wait in Ambush." 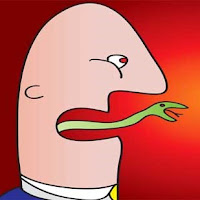 Don’t malign. When we malign someone, our intention is to cause harm. Our words are spiteful and ill-spirited. When you speak, ask yourself what your purpose is. Will your words help the situation or not? Are you trying to connect with someone or get rid of them? Are you trying to help them or to destroy them? Or are you talking just to fill the space because you’re uneasy with silence.

If you malign others to make yourself feel good by comparison, you’ll never feel very good. It may even make you feel pathetic in comparison. Please stop that whole destructive approach.

Without maligning, you’ll still recognize people’s hateful or destructive attitudes and weaknesses. Sometimes, it may be warranted to speak up. If you can see other people’s problems without needing to prop up your own insecure ego, you can respond more directly and appropriately.

One key to releasing yourself from the maligning habit, is the ability to forget perceived slights or insults. Many people carry grudges for life, and when we let indignities keep eating away at us, our unforgiving attitude cuts us off from others.

Beyond carrying the grudge, you may begin to plot revenge – waiting patiently for just the right moment for an ambush, a time when that person has let down zir guard, or when ze is in a weakened position, and then we let zir have it.

You can see how this pattern escalates. First one side is insulted, then the tables are turned, and the other side gets insulted back. First you are the underdog, and you scheme about all the things you will do to those who disrespect you once you are in power. And once you are in power, you mistreat them just like they mistreated you – and they then plot their revenge.

Tightly held remembered insults take over the mind, making us a slave to the actions of others. Pursuing a vow not to ambush can free us from that unhealthy pattern.

Begin by noticing your response when somebody insults you. What is the physical sensation and what thoughts arise in your mind? Looking back, how many grudges have you been carrying with you, and for how long? How does it feel to carry a grudge, and how does it feel when the grudge softens or dissolves or you consciously let it go?

Then reflect on the difference between speaking critically and using speech to harm.