From the Minister, Fri Jul 13

The third of the three AIWs (Actions of Immediate Witness) passed by the delegates at General Assembly 2018 was: "We Are All Related: Solidarity with Indigenous Water Protectors." The action addresses the Dakota Access Pipeline, which is on Great Sioux Nation Treaty Land, and the "intercultural community of transformation and prayerful resistance" that formed at Standing Rock to oppose the Pipeline's construction under the Missouri River -- which flows on down through Kansas City, where the 2018 General Assembly gathered.

Through 2016 and into 2017 Lakota/Dakota/Nakota (Sioux) peoples were joined at Standing Rock by "people from more than 300 Indigenous nations" and "allies of many colors" to protect the waters of the Missouri. The Obama administration halted Dakota Access Pipeline construction pending an Environmental Impact assessment. However, President Trump reversed this action and construction resumed. The pipeline was completed in April 2017 and oil began flowing through it the next month.

The AIW notes that "Unitarian Universalists play a unique role among faith communities, forming strong bonds as relatives with Indigenous Water Protectors," and that "unprecedented numbers of Unitarian Universalists, Indigenous and otherwise, were propelled by our values to respond to this call for solidarity and were generally welcomed as relatives" at the Standing Rock protests.

"Seven Indigenous Water Protectors face federal charges in Bismarck-Mandan. A National Jury Project randomized survey concluded that 77% of the jury-eligible population in Morton County and 85% in Burleigh County have already decided that Water Protectors are guilty, yet requests to change trial venues have been denied."

"As Unitarian Universalists," the AIW declares:
The AIW urges extending "relationships of solidarity with Water Protectors, leveraging our spiritual, financial, human, and infrastructural resources in support of Water Protectors, especially those who face ongoing charges and prison sentences, and their loved ones." It also asks "the UUA to supply materials and guidance such as curriculum development, educational materials, and support for networking among UUs to work in solidarity with Water Protectors."

Read the full statements of all three AIWs. Here are the links:
"End Family Separation and Detention of Asylum Seekers and Abolish ICE"
"Dismantle Predatory Medical Care Practices in Prisons and End Prisons for Profit"
"We Are All Related: Solidarity with Indigenous Water Protectors"

Westchester UU minister, Rev. Karen Brammer, was at Standing Rock in Nov-Dec 2016. She posted about the experience at "Voices of Liberal Faith." See HERE, and scroll down to "Brammer, Karen". 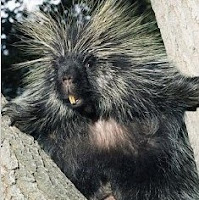 Your Moment of Zen: Emptiness. At a Tallspruce party, Porcupine cornered Raven and said, "I wanted to tell you that I've found that there is no basis for emptiness." Raven looked startled, then she and Porcupine burst into laughter. READ MORE
Zen at CUUC: Sat Jul 14
Posted by Rev. Meredith Garmon at 06:39