From the Minister, Thu Nov 30

Being a Unitarian Universalist means something. It's different from not being one. Whether you were born into this tradition, or "married into" it (discovered and joined as an adult), UU and you are now a part of each other. That means something. And what it means is constantly changing.

Like every tradition -- and, indeed, every family -- we have some things to be proud of and some things to be ashamed of. We're proud of the prominent Unitarians who worked for the abolition of slavery in the 19th century. One of them was Rev. William Furness, who served First Unitarian Church of Philadelphia. Another was Rev. Octavius Frothingham. We might prefer to forget, however, that when Rev. Furness preached against slavery in 1836, roughly half his congregation was outraged and incensed, and in 1855 Rev. Frothingham's congregation in Salem, MA pushed him out for his ardent support of Abolition. We're proud of our support of women's suffrage, and that Susan B. Anthony, Olympia Brown, and other prominent Suffragettes were Unitarian. We'd prefer to forget that for the most part these Suffragettes did not have the support of their congregations. In fact, the prominent Rev. Frothingham -- a hero among Unitarian Abolitionists -- wrote influential essays over the course of a quarter-century arguing against letting women vote.

We were, and are, proud of our presence and support in Selma in 1965. Five hundred Unitarian Universalists participated with Dr. King in that march from Selma to Montgomery, including over 140 Unitarian Universalist clergy -- 20 percent of all UU ministers in final fellowship at that time. Then, 1967-1969, we tore ourselves apart with in-fighting known among us as "the black empowerment controversy." (I gave a very brief sketch of it HERE.)

The world keeps changing. New understandings of what justice and respect require continue to emerge. Being UU has never been a guarantee of being on the right side of any social issue. The most powerful tool of our heritage, though, is a commitment to the possibility of learning and adapting.

I'll be out of town on Tue Dec 5. The Tuesday coffee chat resumes on Dec 12, 3-5pm -- for anyone who might find that a convenient way to get together with their minister.
Drop by if you can! You can also make an appointment to see me at CUUC, or invite me to visit your home. Call Pam at the church office (914-946-1660) to schedule either. 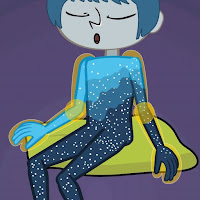 Get Into Your Body.
James Joyce tells us in his short story, “A Painful Case,” that the story’s protagonist, a Mr. James Duffy, “lived at a little distance from his body.” Maybe you know the feeling. We all have bodies, but we might seek to distance ourselves from them. We might live in our heads, “at a little distance from” our bodies. This exercise is for reducing that distance. READ MORE 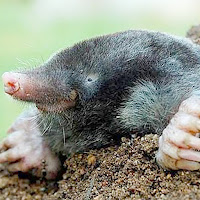 Death. "At the point of death." Oh, is not right now that point? Are you not giving everything away? Are you not, continuously, 24/7, giving it all away?


Mole came to Raven privately and said, "We haven't talked about death very much. I'm not concerned about where I will go, but watching so many family members die, I'm wondering what happens at the point of death?"
Raven sat silently for a while, then said, "I give away my belongings."