Practice of the Week
Find Your Calling

Category: Occasional. These are practices suggested for "every once in a while." Some of them are responses to a particular need that may arise; others are simply enriching occasional enhancements to the spiritual life. All of them are worth a try at least once. And any of them might become a regular and central part of your spiritual practice.


"The kind of work God usually calls you to is the kind of work (a) that you need to do and (b) that the world needs to have done. If you really get a kick out of your work, you've presumably met requirement (a), but if your work is writing cigarette ads, the chances are you've missed requirement (b). On the other hand, if your work is being a doctor in a leper colony, you have probably met requirement (b), but if most of the time you're bored and depressed by it, the chances are you have not only bypassed (a), but probably aren't helping your patients much either. Neither the hair shirt nor the soft berth will do. The place God calls you to is the place where your deep gladness and the world's deep hunger meet." (Frederick Buechner)

What is your calling?
Is a new calling trying to be heard?
Try the "Billion-Dollar List" test! 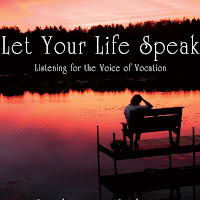 Imagine you suddenly won or inherited a billion dollars. What would you do? Maybe you'd throw a big party, take your dream vacation, buy a nice house. Then what?

Retire? You might think you'd want to retire, but most billionaires continue to passionately pursue their work. In fact, the one thing rich people tend to have in common is that they love their work. By imagining what you'd do with a billion dollars, it's possible to gain a better idea of what you yearn to do in the world, the important work that you are called to offer the world.

When you become clear about what you really love to do and what you consider to be important work, you become more focused and capable. Twenty-five years ago, I was living in a 1967 Dodge van, making $400 a month. It seemed unlikely I would ever have a bestselling book and speak to millions of people a year. Yet, by consistently pursuing what I love, it happened. Even if I didn't make much money or have much success in my field, I would still be enjoying what I do. I love teaching and writing. I'd definitely do it for free. Had I made the mistake of pursuing a different line of work just to make a lot of money, I'd probably be miserable. Many people make the error of putting their desire for money before their desire for meaningful work. Usually they end up paying a big price. Yet by figuring out what you'd do with a billion dollars, you can easily learn and start to pursue your true passions in life.

A billion dollars is one thousand million bucks. That's a lot of money. Would you want to help end starvation? Would you go into politics? Would you become a writer, inventor, or musician? What line of work seems like it's so fun or so important that you'd gladly do it for free? Take a few minutes now and write down a few answers to that question.

When I first looked over my billion dollar list, I became a bit depressed. After all, I wasn't doing any of the things I had written down. I had never done any writing, never been on TV and was afraid of public speaking. Yet I figured I'd start in small ways. I began by teaching a personal growth class to a few friends for free. I started writing things down just for my own benefit. As time passed, I got better at what I did. Before I knew it, people were paying for my workshops, publishers were buying my books, and TV producers were calling me to be on their shows. Since I really loved what I was doing, it was easy to be dedicated to it, even during times when I wasn't having much success.

Once you've written down what you'd do with a billion dollars, begin in small ways to incorporate some of those activities into your life. For example, if with a billion dollars you decided that you'd work to end the abuse of animals, then why not start to work in that area now? You don't need to quit your job to do that. You can begin by writing letters to your congressman, joining an animal rights group, or volunteering at an animal shelter. I know many people who started doing such things after they wrote out their Billion-Dollar List, and later found themselves in a paying job working for the cause for which they had previously volunteered.

The Billion-Dollar List helps you to think in a new, expanded manner. As you wrok in ways that are in line with your values and passion, you'll feel a sense of inner fulfillment. Many people report that initially making less money at a job is a small price to pay for work that is truly rewarding. Once you've made your list, you'll have a clearer sense of the direction you ultimately want to go in life.

* * *
For list of all weekly practices: "Practices of the Week Index"
Posted by Rev. Meredith Garmon at 19:32