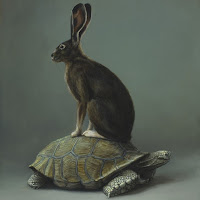 * * *
Rick Hanson on honoring your temperament: