The Unitarian Universalist Association is re-organizing from "Districts" into much larger "Regions." 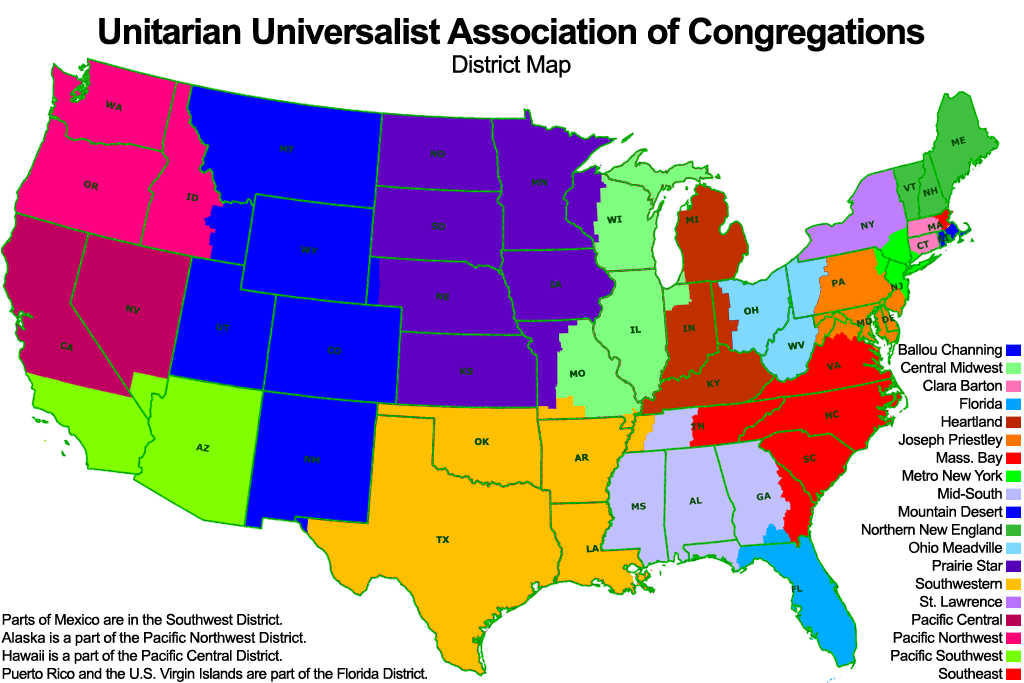 The switch from "Districts" to "Regions" involves merging the 19 Districts into just 5 Regions.

These four districts will merge and become CERG (Central East Regional Group):
Here's what the new Region map will look like: 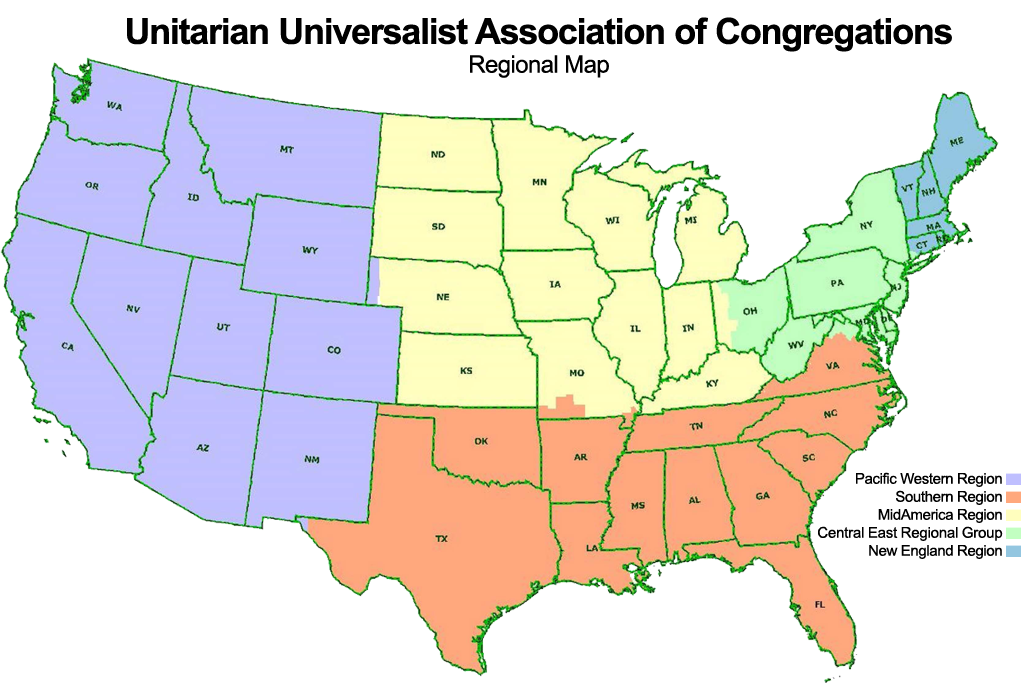 We're a part of CERG, which includes over 200 UU congregations!

CUC is along the eastern edge of CERG, which extends:
The New England Region will comprise the Northern New England, Mass Bay, Ballou Channing, and Clara Barton Districts.

The MidAmerica Region covers the geography that was previously divided into the Heartland, Central MidWest, and Prairie Star Districts. (These Districts have already dissolved.)

In the next two years, our District structures will dissolve. CERG staff will consult with and offer trainings and workshops for all congregations in the Region.

Annual or bi-annual "Regional Assemblies" will bring together all the CERG congregations for faith development, enrichment, camaraderie, and learning.
Posted by Rev. Meredith Garmon at 21:19

Email ThisBlogThis!Share to TwitterShare to FacebookShare to Pinterest
Labels: Denominational