A happy Veteran's Day to you. When this day rolls around I inevitably recall that it was originally Armistice Day, in honor of the Armistice that formally ended World War I on the 11th hour of the 11th day of the 11th month. It hasn't been Armistice Day since 1954 -- before I was born -- yet, somehow, I find myself more oriented to the old holiday. Some years ago, I wrote a poem for this occasion, which I shall take the opportunity of this day to herewith share with you:

It's Armistice Day
I would have no arms
Eleven eleven, like the first Armistice Day, 1918,
One one one one, we
Won won won won.
Won one, won one (how many did we lose?)
On the other hand, every birth is a win, isn't it? So we're all right?
On the other other hand, the planet can't handle all those wins?
I would be done with the back and forth of hands
I would have no arms, and thus no hands.
I would live in Europe, Asia, America, south and north, Africa, Australia, Antarctica,
and all the wide deep blacken blue oceans
I would have no Western front
I would name myself Peace Among the Nations
Finally undisappointable,
Hanging over the beleaguered of nations like a happy gracious fog, I would
Penetrate everywhere
I would weigh you down with uplifting serenity
I would double you four times, Woodrow Wilson World War
All ate of you, consumed by love, would have a thousand arms each reaching and
embracing every dying soldier every wailing mother every broken-legged horse,
enfolding them in doesn't-change-a-thing compassion
I would have no arms.

The Oct 30 Service, "A Service of Remembrance"

From the Tibetan teachings called “Lojong,” our 26th training in compassion is: Abandon hope.

Abandon hope? If you’re training your mind with these slogans, you probably have some hope that it will help you be wiser, kinder, and more connected to others. And hopefulness certainly beats despair or apathy. Yet there's a downside to hope. Hope turns easily to discouragement when the anticipated results don’t seem to arrive.

It really is impossible to say for certain whether or not we have improved, so it is better not to frustrate ourselves with such useless questions. Instead, abandon hope and keep going with the training in the faith that it is worthwhile for its own sake. Neither look for improvement nor imagine there is no improvement.

So abandon hope. When you are excited about your progress or discouraged about your lack of progress, let go of that silly thought. Abandon hope and go happily on. 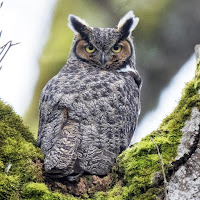 Life requires water -- both the kind of life we like and the kind we don't, such as disease-causing bacteria or viruses. Where water is present, there's no telling what will grow, heedless of notions of true and false.

The staples of childhood silliness
Taught me early that the world would not always make sense,
That proferred answers might be as unhelpful as big red rock-eaters,
And that giggling was how to manage these affronts.

Only later did I notice how often
I came to fish -- showed up
Intent on some shiny thing --
And fell in to what soaked me through:
Not what I came for.