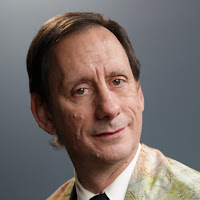 Ukraine is much on my mind – as, I know, it is on the minds of many UUs. Let it be acknowledged that there is a racial component to the level of alarm felt in Europe and America. When casualty levels in African conflicts were at the levels that they now are in Ukraine – or when control of a similarly-sized population on a similarly-sized area was at stake outside of Europe and North America – then few Americans paid much heed. As European countries open their doors and their arms to over a million Ukrainian refugees, let us remember that darker-skinned refugees have, in the last decade, received much less welcome.

Yes, let that be remembered. And let us continue to do what we can to build a world of peace, equality, democracy, freedom, sustainability, and reasonable living standards for all the peoples of Earth. At the same time, the Ukrainian war has many aspects, and the fact that Ukraine is a predominantly white country is only one of those aspects. Particularly salient is that a world nuclear power is committing this particular unconscionable atrocity, and that this war carries greater threats for a more world-wide instability than conflicts in other parts of the world do.

What images have you seen? Have you seen the pictures of President Zelensky, as he stands in the streets of Ukraine’s capitol in a flak jacket with others? That was you standing there. Have you seen pictures of an old woman holding her hand out filled with sunflower seeds as she scolds the Russian soldier? That was also you. The young Ukrainian man kneeling before the Russian tank? You. And young Russian soldiers, guns in hand? Yes, those too are you.

Their suffering is yours and mine. The awareness of that suffering comes to us less directly, but it is our very own suffering, even if we could somehow be entirely unaware of it.

Vaclev Havel, the renowned Czech writer-turned-President, once said that morality means taking responsibility, not only of your life, but for the life of the world.

Turning my attention to the non-separation, I am neither restless nor complacent. “I am open,” as Joan Halifax writes, “open to discover, bear witness, and hold as much as I can with a strong back and soft front.”

Nothing is “other.” When we believe the lie that some people, some beings – even some objects – are “other,” then we are ready to create Auschwitz, an “untouchable” caste, a Southern lynch mob, prisons of abuse, abandoned children – and clear-cut forests, strip-mined mountain tops, escalating species extinctions, and a global atmosphere with over (now well over) 350ppm of CO2.

We cannot turn away from the suffering – whether in Ukraine, or in Afghanistan, or the streets of Port Chester – for, as Joan Halifax reminds us, “We all live under each other’s skin.”

It is challenging work – yet necessary -- to deconstruct comfortable ways of being in the world, rethink identity, and let go of beliefs that no longer function for us. We must reclaim the Holy Ground; re-sanctify, rebuild, and re-imagine.

Hostility and competitiveness may seem to be ascendant, but behind the scenes of authoritarian violence and narcissism, a new paradigm is emerging of Earth community, balance, and cooperation. We have, perhaps, begun to shed the old, but scarcely imagined what the new paradigm might look like.

We don’t know if the larger culture will ever be transformed – short of destroying itself. Yet here we are. Regardless of what the culture does, we embrace our life's task, our own personal Great Work. And we let go of the idea of an endless, unlimited Earth, of our addiction to stuff, to consumerism, to symbols of success and status.

It is unsettling to be disconnected from the dominant cultural paradigm but to have no well-formed alternative in which to be grounded. This in-between place is a temporary but necessary stopover in the process of change.

Ecospiritual Practices for this month include a ritual of release and a guided meditation to visualize letting go of burdens. For the details on these, as well as group activities for your Ecospiritual group, see the post: Letting Go, Moving Forward. 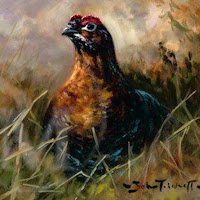 It is enough that you are what you are, ceaselessly scattering your manifestation across the landscape. You might notice that this is enough. Or you might not. That's enough, too.


Grouse spoke up one evening and said, "Everybody else seems to know what is going on here, but I'm in the dark. What would be a proper presentation?"
Raven said, "Anything goes."
Grouse said, "I'm at a loss."
Raven said, "Ding, ding, dang, dang, bong, bong, clank, clank."
Grouse clucked.
Raven said, "Hey, Grouse, not bad."


Isn't it all, all, all
A series of bumping into things?
Bits collide, thence
Carom, split, merge.
Birth: bump.
Life: one bump after another.
Death: bump.
Nonliving matter: bumpity bump.
Here against this,
There off of that.
The music of the spheres,
On Earth as in heaven, goes
Ding, dang, bong, clank.