From the MInister, Fri Mar 1

Justice on Earth:
People of Faith Working at the Intersections of Race, Class and the Environment.
Come discuss the book! Fri Mar 8, 7:00 at CUUC.

This week, I’m looking at Chapter 11:
Mel Hoover and Rosed Edington, "Water Unites Us.”
Hoover and Edington were co-ministers serving the UU Congregation (UUC) in Charleston, West Virginia in 2014 when a water contamination disaster struck the area.

Advisories told people not to use the water for anything other than flushing the toilet and putting out fires. Schools were closed. Restaurants were ordered


“closed until the tap water was declared safe or owners could demonstrate they had enough bottled water on hand to operate. . . . Some went out of business.” (121)

WVAW’s response was slow. Though a two-day supply of water in backup tanks was legally required, there was none.

What did UUC do?

They got to work


“helping low-income families who otherwise would have to choose between purchasing bottled water and paying their rent, delivering water to those who could not get to distribution sites, and organizing and advocating for legislation to ensure safe water.” (122)

In the ensuing, and ultimately successful, drive for new state legislation requiring chemical storage tanks to be registered and monitored, “rallies, demonstrations, and press conferences were often planned at UUC and attended by UUC member” (124).

To help UUC deal with the crisis, more than $24,000 was donated to UUC from individuals and UU congregations in the region and nationally. UUC “established a Clean Water Fund and a Clean Water Task Force to administer the financial donations” (126).

Hoover and Edington remind us


“that water everywhere is at risk, that everyone is downstream from something, and nearly everyone is at potential risk from flooding . . . increases in extreme water events are projected for all US regions” (128).

You’ll want to read the chapter to get the inspiring details of UUC’s work in Charleston.

Questions
How well do you understand the system that delivers water into your home? Where does the water come from? What potentially polluting industries might be a source of toxic contamination?

What do you know about lead poison risk in your area? A map of lead-poisoning risk is HERE. The map shows that a large part of the Bronx is at the highest risk of lead exposure – Risk Level 10. There’s also a Level 10 risk in much of Yonkers and parts of Mt. Vernon, New Rochelle, and Ossining. Other parts of Yonkers, Mt. Vernon, New Rochelle, and Ossining are at Level 9 risk, as are parts of White Plains, Mamaroneck, Hastings-on-Hudson, Greenburgh, Mount Pleasant, Peekskill, and most of Pelham and of Portchester. About 90% of the area of the Bronx is at Risk Level 8 or higher. More than half the area of southern Westchester (that is, south of a line from Armonk to Sleepy Hollow), is at Risk Level 7 or higher. In all of Westchester, nowhere is the risk Level as low as 1 or 2, and there are a only few scattered census tracts at Risk Level 3. All the rest of the county is at Risk Level 4 or higher for lead. CUUC is in a tract assessed at Lead Risk Level 4. To our southeast, the tract on the other side of the Hutchinson is at Lead Risk Level 6. Just north of us, the tract through the middle of which Bryant Ave runs, is at Lead Risk Level 7. What should you know about the factors for lead-exposure risk? What actions are called for?

For my reflection/summary on previous chapters, click the title:
Yours in faith,
Meredith 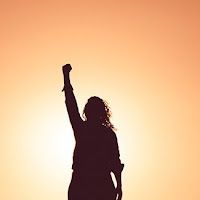 Practice of the Week: Be For Yourself Think about what it's like to be a good friend to someone. Then ask: Am I that kind of friend to myself? If not, you could be too hard on yourself, too quick to feel you're falling short, too dismissive of what you get done each day. Or too half-hearted telling others what you really need. Or too resigned to your own pain, or too slow about doing those things -- both inside your head and outside it, in the wider world -- to make your life better. READ MORE 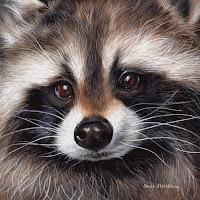 Your Moment of Zen: The Perfection of Character This is Raccoon's first appearance. And we haven't had a mention of Moose Roshi since way back in #3, when Raven was just starting out and visiting a number of teachers (including also Jackrabbit Roshi and Prairie Dog Roshi) before settling down with Brown Bear.

Practice is for perfecting our character. And our character is already perfected. Practice is about remembering and living from that fact. This is transformative. In fact, it's the most radical transformation possible. It changes you into what you've always been.


Raccoon was a student of Moose Roshi at Cedarford, but he visited the Tallspruce community occasionally.
One day Raven invited him to have a snack and asked, "What does Moose Roshi teach?"
Raccoon said, "The practice of Zen is the perfection of character."
Raven said, "Transformation.
Raccoon said, "The Zen student trims the dead branches. It's the pigeon who can do the actual job."


The Will, Illusory Anyway

It's grace all the way down,
Even the pain and grief bits,
And, too, the wanting and striving bits --
All the doings my acquaintances call Meredith's,
In praise or in blame.

On my cushion, of a morning,
The world slowly lightening, there am I,
Trimming some dead branches, maybe,
Culling, weeding, making room
For something else to "do the actual job" --

Which it does, haphazardly,
And mentions, by the by,
That the way-preparing, garden-tending, discipline
Of hospitality to whatever guest may come --
The practice and intentions that seem of my making --

Come also from something else --
Something that watches, and sometimes whispers
It's grace all the way down.