From the Minister, Thu Jan 3

This week I'm reflecting on Sofia Betancourt's essay, "Ethical Implications of Environmental Justice" -- Chapter 4 of the 2018-19 UUA Common Read, Justice on Earth: People of Faith Working at the Intersections of Race, Class and the Environment.

Betancourt got me thinking about the whiteness of the American environmental movement. Searching around, I learned that a survey released 2018 Oct


“found that about one-third of African-Americans, half of whites, and two-thirds of Latinos and Asians consider themselves to be environmentalists.” (Anthropocene, 2018 Oct 30)

OK, so environmentalism is not just a white people’s thing. But it is perceived that way. The survey also found that

Indeed, mainstream environmentalist organizations – groups like the Sierra Club, the National Resources Defense Council (NRDC), and the Nature Conservancy – have, through their long history, consisted largely of upper- and middle-class whites focused on protecting wilderness areas. These groups have made the face of US environmentalism disproportionately white. More to the point, their focus -- protecting wilderness areas – has racial justice implications.

Consider the question of where to put waste facilities, landfills, dumps, and the most polluting industries. We clearly aren’t going to put them in wealthy, white neighborhoods. So (until we find a way to eliminate such pollution sources), that leaves two options: put them in poorer and darker-skinned neighborhoods, or put them out in an area away from human habitation. The historically predominantly-white environmental organizations (Sierra Club, NRDC, etc) work to keep industries, landfills, etc. from encroaching on our uninhabited areas -- thereby unwittingly pushing toxic pollution into poorer, black or Latino neighborhoods.


“a perilous tendency to sacrifice entire populations of our human family in the name of acting quickly.”


“experiences of environmental racism and injustice are erased by a movement born out of an imagined pristine wilderness empty of humanity.”


“A thing is right when it tends to preserve the integrity, stability, and beauty of the biotic community. It is wrong when it tends otherwise.”

This influential principle, however, says nothing about environmental justice. It tends to treat “humanity” as a monolith – something to rein in for the sake of the planet. Instead -- or, rather, in addition -- we must attend to how consequences and risks of environmental destruction are unequally distributed within the human population.

Questions
Yours in faith,
Meredith 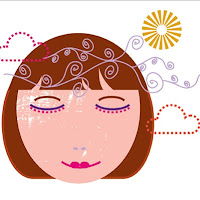 Practice of the Week: Maintain Joy and Humor /Slogan to Live By. This is a slogan for assessment. Working with it is not a matter of pressuring ourselves to feel joy all the time. When we aren't joyful, when we're depressed or bitter, we need to know that we feel that way, not cover it up with a veneer of fake spiritual joy because someone says we should. The point is that we assess our situation with this slogan, Maintain Joy and Humor. We notice when we have joy and humor and when we don't. When we don't, we know how to work with our mind to adjust. READ MORE. 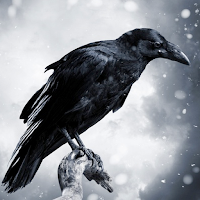 Your Moment of Zen: The Self /The self is passion. You don't need to think about your passion too much -- just have it, and watch it. I won't say embody it, since you can't not. I will say: if you take it for real, it can wear you out.


Badger came to Raven privately and asked, "What is the self?"
Raven said, "Passion."
Badger asked, "Why are we told to forget it?"
Raven said, "Forget it!"
Badger said, "That's scary."
Raven croaked.
Badger sat back on his haunches and was silent.
Raven said, "Now I'm tired."

This mouth opens, and out I come:
A draft of air and jetsam.
The air: warm, moist, de-oxygenated.
The jetsam: vocabulary, syntax, accent, tone, and
Voice that could be no one else's,
Tossed from foundering meanings.

This mouth opens, and out I come:
A current of particularity and karmic goo,
Not at all the luminous seaworthy universality,
I dreamed sailing into port.

When I'm not thinking this way,
When dreams of absoluteness are wakened from,
Or the wreckage recognized as their realization,
Then this mouth opens, and out I come, and
Maybe my eddies of debris and yours
Dance.