From the Minister, Fri Jan 11

This week I'm reflecting on Adam Robersmith's essay, "Cherishing Our World: Avoiding Despair in Environmental Justice Work" -- Chapter 5 of the 2018-19 UUA Common Read, Justice on Earth: People of Faith Working at the Intersections of Race, Class and the Environment.

The situation is dire, Robersmith reminds us:


“We are affecting our climate and ecosystem in ways that are detrimental to life on the planet and to how we live….We should have changed as a nation long ago, yet we have not….Research shows that our acts disproportionately affect the poor and oppressed all over the world, yet we continue to use harmful technologies and resources.”

Trying to scare people into changing behaviors and policies hasn’t worked terribly well. Robersmith is reminded of our Universalist ancestors. When the predominant theology used fear (of hell) to induce righteousness, our ancestors pointed out:


“The preaching of future rewards and punishments, for the purpose of inducing people to love God and moral virtue, is not only useless, but pernicious.” (Hosea Ballou, 1834)

Rather than extrinsic punishments or rewards, argued Ballou, we ought to preach that God and moral virtue are intrinsically worthy and lovely.

Along similar lines, Robersmith urges that the value of the environment lies not in financial measures or apocalypse prevention. Rather, it is intrinsically worthy and lovely.


“If we, as a nation, a people, or a species, loved this planet as our Universalist ancestors understood loving God, we would have already made so many different choices about how we live on this Earth and with each other.”

In particular, by turning away from fear-based arguments about economies and catastrophes threatening all humanity, we can, instead, attend to localized effects on marginalized populations: mountaintop removal and strip mining degrade environments of poor communities; water poisoned with pollutants flows disproportionately into poorer communities of color; for example.

What Robersmith doesn’t mention is nonattachment to results. Of course, we should as lovingly and as rationally as possible discern strategies most likely to succeed, but sometimes we’ll guess wrong, and other times, even when our strategy has the best odds of success, we will still fail. Plan carefully for success, then let go of attachment to whether success happens. “The victory is in the doing,” as Gandhi said – not in the outcome.

“Turning off the water while brushing our teeth,” says Robersmith, “makes a difference and is a necessary next act.” But this is either hyperbole or fantasy. If it’s necessary, then one person failing to turn off the water one time means the planet is doomed. In fact, one person saving one quart of water per brush does not, in itself, make any measurable difference to the Earth – especially here in New York where water is plentiful. But it makes a difference to the one who does it. Practices of care change us even if they don’t change the planet. And if we are changed, we are more likely to influence others and do things that do make a difference. The victory, to repeat, is in the doing.

In leaving out the role of nonattachment to results, the risk is that we may disavow fear-mongering only to find ourselves mongering shame.

For my reflections on previous chapters, click the title:
Yours in faith,
Meredith 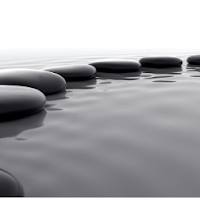 Practice of the Week: Simplify /Our lives are complicated. E-mails, phone calls, working long hours. Carrying the kids to music lessons, soccer practice, play dates or scouts – church. It’s a fast culture and just trying to match the velocity of others makes life hectic. Can we make our life simpler? READ MORE. 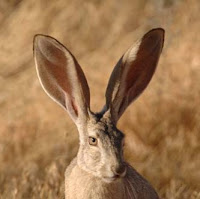 Your Moment of Zen: The Essence /You may recall, as told in #1, that Jackrabbit was the first teacher Raven visited. Asked what the Buddha Macaw realized when she saw the morning star, Jackrabbit said, "the truth of mutually dependent arising." It turns out Raven picked up a few other teachings from Jackrabbit before moving on to Prairie Dog.

When Zen teachers of old did the repetition thing (as in the case below -- albeit with a little twist), several things are probably going on. One of them is that repetition renders the words "flavorless" -- a strategy for not getting all wrapped up in the words and concepts. It shifts the emphasis from meaning to doing: saying these words is just something we do. It's a reminder that there is no meaning for words outside of the context of what we do with them.

"The mind is compassion and its essence has no qualities." Show me how you live that!


Compassion is not a quality.
So I put it to you,
Didactically, as if it were
A thing you could believe
Or that I could.

Yesterday I did, and tomorrow will, speak
Of compassion as if it were a quality --
Of a person, or an act --
As if it were a thing glommed on
That might not have been there,
That could disappear in a mean moment,
That the discovery of ulteriority
could render fraudulent;
As if it were an ethic.
Today I speak differently.

Compassion is ontological, not ethical.
It is the stuff reality is made of.
So I intone, all professorial,
As if you should be taking notes,
As if I should apologize.

Outside there is the winter mountain
Made of rock and soil, trees and snow.
No qualities there either,
I whisper. Or was that you?