From the Minister, Thu Dec 6

"Peace on Earth," as I wrote last week, is a key phrase of the Christmas season. I urged that we also think about Justice on Earth. The second phrase of what the heavenly host proclaimed to the shepherds is, as you may recall: "...good will to all."

(Note: That's not the more authoritative version of what they said. The NRSV gives: “Glory to God in the highest heaven, and on earth peace among those whom he favors!” That is, the peace is limited to only those toward whom God has good will. The NRSV, however, has a footnote: "Other ancient authorities read peace, goodwill among people." So, the oldest sources we have for the Gospel of Luke include two strikingly different versions of what the heavenly host said to the shepherds. Still, it's the "other ancient authorities" that are better known in popular culture, so in this case, let's go with the footnote rather than the main text: "On earth peace, goodwill among people.")

Does goodwill provide justice? Nope. Good will is better than ill will -- usually -- but good will is not enough. You can have the best intent in the world, but if you're negligent, you're still at fault.

Citing good intentions doesn't get us off the hook for harm we've done, howsoever inadvertently. I was reminded of this when I heard Sen. Cindy Hyde-Smith of Mississippi apologize recently. She had praised a supporter by saying, "If he invited me to a public hanging, I'd be on the front row." The words evoked her state's sordid history with lynching -- and did so in the context of a campaign in which her opponent was a black man. Her apology: "For anyone who was offended by my comments, I certainly apologize. There was no ill will, no intent whatsoever in my statements."

If you have no fence or enclosure around your backyard swimming pool, you're negligent. If the neighbor's child drowns in it, you're liable. It doesn't matter how good your intent was. That you didn't mean to cause harm is beside the point. Either Sen. Hyde-Smith wasn't paying attention enough to know what words cause harm in the context of America's past and present, or she knew but didn't care. Either way, she was negligent. Good intentions are no defense against negligence.

Over and over, we see white people excusing themselves by citing their intentions. It's infuriating how often this tactic is used, and how it's almost always white people expecting absolution on the basis of their intentions. (The dominant US culture rarely wonders what a black person's intent might be.) I used to be such a white person myself. Brit Bennett's heart-breaking essay from four years ago (HERE) helped shift my awareness.

"Goodwill among people" achieves no justice when the people are negligent. 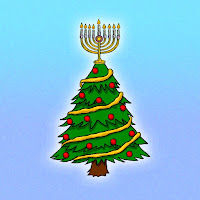 Practice of the Week: Have a Better Holiday /Occasional. Here are four steps to a better Christmas or Hanukkah: 1. Visualize the holiday you want. 2. Seek creative ways to avoid what you don't like about the Holidays. 3. Give a present to your self. 4. Plan ahead for something that you'd truly like to do. How? READ MORE. 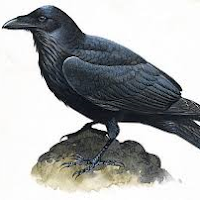 Your Moment of Zen: Essential /What is "explain"? What exactly are we doing when we "explain"? There is the fact -- the thing that happened -- and then there is the "explanation" of the fact. Explanations place phenomena within a context of meaning -- which is essential, right? But the phenomena themselves, always both more and less than their explanation, are "more essential."


One evening during the question period, Owl asked Raven, "How important are the words of the Buddha Macaw and her successors to our practice?"
Raven said, "Essential."
"Is there anything more essential?" asked Owl.
Raven said, "The bullfrog calls his mate."
Owl was silent but did not return to his place in the circle.
Raven continued, "You see, Owl, the Buddha Macaw explains it."
Owl asked, "What does she explain?"
Raven cawed.

Whitman's Verse (from Song of Myself, III)

Urge and urge and urge,
Always the procreant urge of the world.
Out of the dimness opposite equals advance, always substance and increase, always sex,
Always a knit of identity, always distinction, always a breed of life.
To elaborate is no avail, learn’d and unlearn’d feel that it is so.


Urge and urge and urge . . . To elaborate is no avail.
To no avail, yet essential.
Until, one day, not.
The uselessness of explanation
Must be explained, which does not suffice,
But to us afflicted with the rash,
the placebo salve helps us not scratch.

Everything depends upon bullfrog call, raven caw,
(and a red wheel barrow, if you've got one).
The signs may be divined
-- not for meaning, for beauty --
When symbol subdues symbol,
Colonel orders Captain to retreat,
And the battlefield is clear.