From the Minister, Fri Dec 21

Let's talk about the Common Read!


Manish Mishra-Marzetti and Jennifer Nordstrom, eds., Justice on Earth: People of Faith Working at the Intersections of Race, Class and the Environment.

This week, chapter 2: Paula Cole Jones, "The Formation of the Environmental Justice Movement."

In 2014, UUs from around the country assembled in Detroit for a "collaboratory" to learn and reflect on our denomination's environmental work. Detroit was a good example of the intersection of environmental issues and urban issues. As local environmental activists showed the UUs around the city, they saw a city


"fighting for access to municipal water services and the enforcement of clean air stands at recycling plants,"

and saw the work to develop "urban agriculture to meet the city's goal of food sovereignty." They witnessed commitment to the principle, "No one is expendable. Everyone matters."

When waste sites and polluting industries are located in poorer and darker communities, this may appear to be following the path of least resistance. But this explanation


"takes the focus off of the systemic nature of oppression; specifically, who gets to make the decisions."

It leaves out the role of

The environmental justice movement, still relatively young, corrects this lack. How did this movement emerge?

The post-WWII boom substantially increased both prosperity and industrial waste and pollution. These two factors led to the modern environmental movement, landmarked by the first Earth Day in 1970. The movement was slow, however, to attend to ways entrenched racial inequality affected environmental decisions. Research by African American sociologist Robert Bullard, published in 1983, found that

In 1982, the environmental justice movement broke through to national recognition in a case from Warren County, North Carolina. The sending of PCB-contaminated oil to a landfill in Warren County's poorest and most heavily African American community was resisted by activists seeking to protect their groundwater.


"They did not win the case or stop the landfill, but they successfully launched the environmental justice movement."

In 1991, three hundred people of color gathered for the First National People of Color Environmental Leadership Summit. The Summit adopted seventeen “Principles of Environmental Justice” which continue to frame and guide the movement.


“As Unitarian Universalists continue to work on environmentalism and climate change, we must operate with the knowledge of structured racial and economic inequality so that we are truly confronting oppression and doing our part in building the Beloved Community.”

Also read:
Questions:
This week, read chapter 2. Consider and talk about the questions, and any other questions that come up for you. Feel free to click "Comment" below and share your thoughts here. Thank you!

The Dec 16 reflection: "Our Holiday": 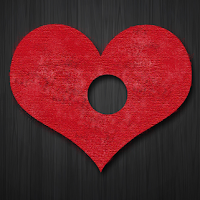 Practice of the Week: Fill the Hole in Your Heart /Slogan. You've got lacks and wounds; we all do. What can you do about them? It's fundamentally simple: you take in good experiences specifically aimed at your own lacks and wounds. It's like being a sailor with scurvy: you need vitamin C — not vitamin E — for what ails you. READ MORE. 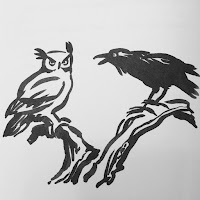 Your Moment of Zen: Too Busy /As you begin the practice, visit many teachers. Sit a retreat, or attend three or four weekly gatherings, with each one. Then pick one and settle down for 10 years or so -- or for as long as you both live, if it's working out. Changing teachers every year or two or three is not recommended. It's hard to set the judging mind aside when you're constantly asking yourself if some other teacher would be "better." It is, as Raven says, too much busy-ness. Of course, even settling in is too much busy-ness. So what wouldn't be too busy?


Owl said, "I notice that some students go from teacher to teacher. What do you think of this?"
Raven said, "Busy."
"After all," Owl said, "practice is a matter of settling in."
Raven said, "Still too busy."
Owl said nothing.

Busy, as a swift brook,
As cirrus clouds, striping the sky,
As glaciers are, melting,
And as they were, before that.
Busy as the owl on her night branch, listening.

Life and history make of me
A bearer of mostly futile love.
Seven generations hence,
Justice will mean something else,
Or maybe nothing much at all.
Perhaps the struggles and projects
Of my fifth-great-grandchildren
Will not invoke justice.
Perhaps, for them, it will be a
Dusty classical virtue, like prudence.

All the strands of the world flow into me
And out again, some a little stronger,
Or weaker, or more refined, or less.
When they arrive at the late 22nd century
With unrecognizable textures and weavings,
Will their time spent weaving me
Be more help or more hindrance
To the aims and needs of that time?
About equal measures of each, I guess.

Busy as a cheetah's tail,
As a cow's four stomachs --
Busy as soil erosion,
As the silent moon and the Sahara dunes.
Busy as Rigel at Orion's knee, so
Busy. Oh,
Too busy.