Practice of the Week
Deep Time Journeys
Category: Ecospiritual. These practices are oriented toward developing our spirituality through our connection with our planet home and our responsibility to care for it. 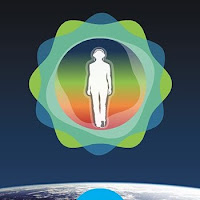 To cultivate a healthy sense of perspective, try contemplating deep time. The Earth has existed for 4.5 billion years. Human brains aren’t wired to grasp such vast stretches of time. We try analogies: if the Earth’s timeline were a football field with one goal line representing the formation of earth and the other representing the present, the emergence of humanity would be about an inch from present. Or: if the history of Earth were condensed to a single year, each day would represent over 12 million years. Life first appeared about Mar 22; nucleated cells on Jun 19; multicellular animals on Nov 12. Sharks appeared on Nov 26. Dinosaurs roamed from Dec 12-26. Homo habilis appeared on Dec 31, just after 6:30pm; Homo erectus at 8:20pm. Anatomically modern humans first appeared at 11:45pm on Dec 31 – only the last 15 minutes of earth’s “year.”

Our arrival on Earth was quite sudden when considered from the perspective of the Earth itself. It is as though Gaia blinked, and suddenly found all of us here! But blink again, and we will pass like smoke on the breeze. Life, and the Earth, will go on without us. This realization can have a profound impact on how we view ourselves as a species. Our 15-minute-old species won’t make it another minute (8,500 years) with our contemporary lifestyle.

Many other species will probably leave along with us, mostly those who, like us, came along on New Year’s Eve: the blue whale, Siberian tiger, and mountain gorilla. The truly enduring life forms, our single-celled siblings, will continue happily into the next year without us.

Reflecting that our time on this Earth has been so brief – and the time remaining even briefer – may be uncomfortable. Yet it may also be comforting. We are part of a story much greater than our own, the grand story of life itself.


“We are one of perhaps 30 million species on the planet today, and countless millions that have gone before. ... We are called to acknowledge our dependency on the web of life both for our subsistence and for countless aesthetic experiences: spring birdsong, swelling tree buds, the dizzy smell of honeysuckle. We are called to acknowledge that which we are not: we cannot survive in a deep-sea vent, or fix nitrogen, or create a forest canopy, or soar 300 feet in the air and then catch a mouse in a spectacular nosedive.” (Ursula Goodenough, The Sacred Depths of Nature)

This story is indeed so much bigger than our one species, and yet our story is inextricable from the story. Looking through the lens of deep time, we can see humanity more clearly as a precious and rare spark of Earth's self-awareness. We are of the Earth and are the Earth, suddenly and fleetingly self-aware. Ours is an ultrasocial species of great cognitive and emotional complexity and adaptability – perhaps some future species will equal or exceed us in these regards.


Practices
1. Deep Time Altar. Clear your altar of items, then place upon it symbols of the Earth as it existed before humans. For example, stones can symbolize mountains or tectonic plates. A leaf, pinecone, or flower can symbolize the plant kingdom, which has flourished on Earth for hundreds of millions of years. A feather or figurine of an animal might represent animal life. A small bowl of water can stand for ancient seas. Be creative. When you've completed the altar, sit with it and ponder your place in this grand epoch of life.

2. Deep Time Meditation. Visit a museum of geology or natural history, and approach the exhibits with a contemplative mindset. Engage your spirit as well as your brain. Wander the exhibits of fossils or rocks slowly and mindfully. At the various displays, imagine the world as it was when the that rock or fossil was formed. Imagine witnessing the living creature, or simply the landscape. Bring your journal and write either poetry or prose to help you reflect on the experience. Sketching or drawing may also helpful.


Group Activities
Deep Time Ceremony. In a long hallway or outdoors, measure out a fifty-foot line, representing the approximately 4.5 billion years of Earth's history. On this scale, 10 feet represent a billion years, a foot represents 100 million years, and an inch represents a little over 8 million years. Designate one end of the line as representing the formation of the Earth and the other as representing the present. Mark the following major events on the line, adding others as you like:What you decide to do from here is up to your group's unique creative process. You might have each member walk the timeline as a contemplative meditation – perhaps with another person reading aloud each milestone along the line as they walk. Create poetry, songs, and/or stories to celebrate each point on the line. Another possibility would be to position people at events along the line. Walk from the beginning to the present, pausing at each person to hear them describe the significance of the event.