From the Minister, Fri Aug 10

Greetings from Boston! As I write this, it is Thursday evening and I'm nearing the end of five days of denominational service as a member of the UUA's Commission on Social Witness (CSW)

At the General Assembly 2016 in Columbus, OH, the delegates selected, "The Corruption of Our Democracy" as the CSAI (Congregational Study/Action Issue) for 2016-20. (For the text of CSAI, SEE HERE; for the Study Guide created to go with the CSAI, SEE HERE). Now that two of those four years have gone by, it is the duty of the CSW to amalgate the experiences and learnings congregations have submitted and make a first draft of a prospective Statement of Conscience (SOC) that could be voted on and adopted at the General Assembly 2019.

By the time we adjourn on Fri Aug 10, after spending this week deliberating and wordsmithing together, your CSW will have created a first draft. Congregations will then be invited to suggest revisions, changes, additions, deletions. We will take all these into account in creating a second draft before the beginning of GA 2019. Then, at GA 2019, there will be a "mini-assembly" for further revisions to be proposed and deliberated. Using this input, the CSW will then bring to the floor a third draft for debate among the delegates and possible adoption.

In two years, I'm due to be again spending five intensive days with my fellow members of the CSW as we create the first draft of a potential SOC on "Undoing Intersectional White Supremacy." That was the CSAI selected at GA 2018. (SEE HERE). Stay tuned for news on the ways CUUC will be studying and acting on this issue. 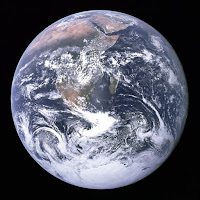 Practice of the Week: Images of Earth. The Earth is us, and we are the Earth. What we do to the Earth, we do to ourselves. By letting go of the Earth as Other paradigm, we make space for the possibility of Earth as Self. By un-learning the mindset of the Earth as an endless provider, we begin to form a healthy sense of our own boundaries and limits and learn to function within them. This mindset has been embraced by many indigenous cultures the world over for millennia. READ MORE. 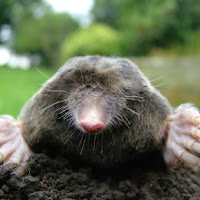 Your Moment of Zen: How Do You Account for This? At that same assembly, Mole said to Raven, "Turkey tells me that Grandma doesn't lock her place and that folks are free to wander in and out. They eat her food and mess up her carpet. She doesn't seem to be protective or possessive at all. Yet she snatched away her stick when you went after it. How do you account for this?" Raven said, "It guides her along to Vinecot on a moonless night. It helps her cross the creek when the bridge...READ MORE
Zen at CUUC: Sat Aug 11
Posted by Rev. Meredith Garmon at 19:12