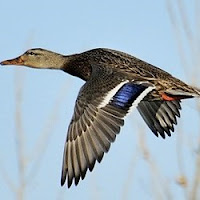 Your Moment of Zen: Saving the Many Beings. Mallard appeared in the circle after a trip and asked, "The first of our vows is to save the many beings. You told us that the Sixth Ancestor said this means, 'You save them in your own mind.' Is that all there is to fulfilling this vow?" Raven said, "Completely fulfilled." Mallard said, "But what then?" Raven said, "Not just your skull." READ MORE
Zen at CUUC: Sat Jul 7
Posted by Rev. Meredith Garmon at 15:39