Westchester United is focused on a limited number of particularly important local issues. In 2013, Westchester United member communities began exploring ways to reduce gun violence. Westchester United has since joined with sister organizations from a variety of states that are taking a market-based approach to influencing the gun industry. This is part of a national effort asking police departments and the military, the largest block of buyers of firearms and ammunition, to use our tax dollars to request reasonable reform in the gun industry.

Westchester United has organized an event in White Plains to advance this effort. 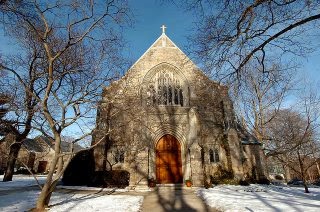 Attendees: Rabbi Joel Mossbacher.
Leader of "New Jersey Together Against Gun Violence," and of Metro IAF’s campaign, “Do Not Stand Idly By"
Rabbi Mossbacher will brief us on his trip to Europe seeking out international allies and European gun manufacturers to work with us on gun industry reform.


What Mayors, Police Chiefs, and Other Municipal Officials Can Do to Prevent Gun Violence

Mayors across the U.S. are beginning to go beyond symbolic gestures and use their taxpayer-funded firearms purchasing power to encourage innovative, responsible leadership in the global gun industry. This will be a long-term effort requiring patience, persistence and attention to detail. "Westchester United," "New Jersey Together," and other affiliates of Metro Industrial Areas Foundation (IAF) are leading this effort.

As an initial step, we are asking mayors and other executive-branch officials to initiate a review of their city’s firearms procurement, either by an executive order (such as the sample executive order below), or by a city/town council resolution.

The more cities and towns that take this step, the stronger the signal to gun manufacturers and investors that there is an emerging market for smarter, safer guns and responsible gun distribution practices.

WHEREAS the [Township of Mahwah] must from time to time purchase firearms and ammunition for the [Mahwah] Police Department; and

WHEREAS firearms and ammunition are tools used by the police department for the purpose of protecting public safety; and

WHEREAS it is in the interests of the people of Mahwah to ensure that the Township’s purchases of firearms and ammunition contribute to public safety to the fullest possible extent; and

WHEREAS it is in the interests of the people of Mahwah to periodically review and update the specifications and standards used in product purchasing in order to evaluate changes in the marketplace and to re-evaluate the needs of the Township;

In order to conduct this review thoroughly, and with the greatest possible efficiency and least possible expenditure of the Township’s resources, the Township will seek to work in conjunction with other municipal, state and federal government entities that are conducting similar inquiries.

The first phase of this review will be a scan of the marketplace to gather extensive information from and about manufacturers and vendors of firearms and ammunition in order to determine the following:

The second phase of this review will be to evaluate the findings of the market scan and to develop new standards and specifications to be used by the Township in future purchases of firearms and ammunition. This phase will be completed by 2015 Jun 30.


What you can do to help this event be a major success:

1. Come out and take a stand with us. Be there at St. Barts on Wed Feb 12 and bring others: family members, other congregants, neighboring congregants, to learn more and show support.

2. Reach out to your local municipal officials and ask them to sign onto to our efforts, and come to event on Wed Feb 12 to publicly commit to working with us, or at least to hear about our strategies.