In The Spirit of Truth with Stuart Perrin: Sun Feb 2 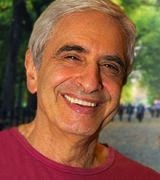 
"In 1992, with my colleague Kristina Jones, I co­founded a safe house in Kathmandu, Nepal. We ran this organization from 1992 to 1996. The goal was to find children that were prime targets for the sex trafficking industry and convince their parents to place the children in the safe house instead of selling them to traffickers. We worked closely with doctors and NGO’s to find these children. But, this wasn’t easy. People living in the hinterlands of Nepal earned about $15 to $20 a year. A girl had less value than a water buffalo. If she didn’t get married, she was a disgrace to her family. To marry her, the family had to give a sizeable dowry. When a trafficker offered $200.00 (in rupees) to a family, it was a virtual fortune. Each family had between four and twelve children. They were told that the girl would work as a nanny or as a factory hand in Bombay. She would be able to send money home. Of course, this wasn’t true. The child was sold to a brothel in Bombay, Delhi, Calcutta or somewhere else in India and never heard from again. Kristina and I also had women and children in the safe house that had escaped from or were thrown out of Bombay brothels because they had AIDS. At the time, there were about twenty girls living in the safe house. Today there are many more.

"In 1996, because of personal illness, Krisitna had to leave Nepal. She and I spoke with Dr. Aruna Uprety who ran RHEST (Rural Health and Educational Trust of Nepal) and asked her if they could incorporate their organization (called Bahini) under the auspices of RHEST. Aruna agreed to do this. Bahini was the first organization of its kind every started in Nepal. About a year and a half ago, Aruna telephoned Kristina and I, and told us, that because we started the Bahini Foundation it had saved the lives of about 10,000 Nepalese children.

"The stories I heard from women who had lived in Bombay brothels were so dark and inhuman they forced me to write my book titled “Little Sisters.” I wanted people to see what actually happens to innocent twelve­year old children when they are sold to brothels; I wanted people to see how they are stripped of their souls and transformed into machines that service a score of men a day. If I tried to make a documentary film like this, I would probably have gotten myself killed. Fiction was the only means I could use to get at the truth. If people actually see what goes on in a dramatic and digestible way, I believed that laws would change and more attention would be paid to the problem. Little Sisters was published about eight months ago. Members of the FBI and police detectives I have done panel events with in New York and other cities have told me that what I wrote about in my book is a mirror image of what goes on in the United States. 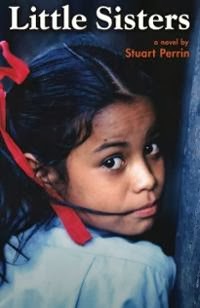 "Suggested reading: “LITTLE SISTERS” by Stuart Perrin (available from Amazon.com in kindle and print formats; also available from Apple e­store, Sony e­reader; Nook, Smashwords, etc. in a digital format). If your local bookstore doesn’t have it in stock, it can be ordered from their distributor.

"A Brief Synopsis: “Little Sisters” is a multicultural family and love story that’s set in New York City, Nepal and Mumbai, India. The underlying theme is child trafficking into prostitution. It takes you on a journey from the world of vast New York City wealth to the hinterlands of extreme poverty in Nepal to brothels in Mumbai, India. Gita, an extremely beautiful Nepalese dancer is married to Daniel Gold, an A­list lawyer who was born to parents that are fabulously wealthy. They plan a trip to the hinterlands of Nepal to see Gita’s family, a second honeymoon of sorts that eventually leads them into the heart of darkness. Though set in New York and Asia, the plot line of Little Sisters has a strong influence from classical tragedy. The most sophisticated characters turn out to be the most innocent and the darkest characters become tragic heroes. A Saga­like family story, Little Sisters takes the reader on an incredible journey.

"Bio: I have spent much of my life teaching meditation at centers I helped to form around the world. In 1992, I opened a meditation center in Kathmandu. That’s how Kristina Jones and I discovered the sex­slave industry in Nepal. The Bahini Foundation (safe house) was an outgrowth of our spiritual practice. It was a way that we could give something back to the world."


On Sun Feb 2, in the Fellowship Hall after the service (11:45 - 1:15p), Stuart will join the In The Spirit of Truth gathering to share his experiences and passion. Don't miss it!