Trust. I have spoken before of how, in this country over the last 50 years, we've seen a diminishment of trust in the crucial institutions of democracy. Trust in congress, in the courts, in the press, in the church, in the police -- in our ability to solve problems together as a nation -- has plummeted. A healthy skepticism has always been warranted, but the sort of critique I consumed (and produced) in the 1970s and 80s took for granted that improvements could be built on the foundations of these institutions. Today, there is a growing sense that the institutions of self-governance are beyond hope.

Sissela Bok says: “Whatever matters to human beings, trust is the atmosphere in which it thrives.”

Yet trust has become scarce. “In 1964, 77 percent of Americans said they trusted the federal government to do the right thing most or all of the time” reported David Brooks, as I quoted in a sermon last year. Then came Vietnam, and Watergate, which certainly undermined trust in government. And Reaganomics. People who trusted that their government actually could do a lot of very helpful things – which is to say, people who trusted their neighbors to be able to work together collectively through elected officials for the common good (which is what trust in government is), were turned into the butt of jokes. “By 1994, only one in five Americans said they trusted government to do the right thing.”

While 75 percent of Denmark's people say that the people around them are trustworthy,” in the US, in 2014, only 30 percent of Americans agreed that “most people can be trusted.” That’s the lowest number since the survey started asking the question in 1972. It becomes a vicious downward spiral: when we don’t trust each other, we don’t form or sustain networks that we can trust, and then trust falls further. When people believe they can’t trust others, that others aren’t trustworthy, they become less trustworthy themselves.

The current condition is one Brooks calls "explosive distrust." “Explosive distrust," he writes, "is not just an absence of trust or a sense of detached alienation — it is an aggressive animosity and an urge to destroy. Explosive distrust is the belief that those who disagree with you are not just wrong but illegitimate.”

What are we to do? How do we find steadiness and balance in in the midst of cultural, political, and ecological sinkholes?

We can cultivate trust in ourselves and in life, and that can be the foundation for trusting each other and our collective enterprise as a nation. So I wanted to share with you today some words from clinical psychologist Radhule Weininger about cultivating this trust:

Take a moment to reach into your own psyche. Think about your relationship to trust over the past five years. Notice the felt sense in your body. Is it unease or worry? The more we are able to recognize in our bodies what a lack of trust — in others and in ourselves — feels like, the more we will notice a desire to belong — to experience interconnectedness. We’ll find faith that these experiences matter.

Think now about these specific qualities: belonging, interconnectedness, and faith. They tend to make us feel relaxed and calm. They reveal a deep quality of trust.

With an emerging sense of trust, we can develop a solid sense of self, confidence, and effectiveness. We can begin to see ourselves as individuals who can have an impact on our world. Without trust, we may instead experience excessive doubt about specific situations, and an overall sense of fear and anxiety about the world at large.

Imagine the ocean. Instead of identifying with the waves on the surface, which are like our thoughts that come and go, you can cultivate a calmer mind by sinking below the waves. You can open the experience of the mind to become the ocean itself. This subtle level of awareness, known as awake awareness, is limitless and boundless. It is lucid, calm, still, and has the quality of love.

When people learn to drop into the field of awake awareness consistently, or even just periodically, their relationship to this field allows them to develop basic trust in themselves and in life.

The Oct 2 Service, "What Praying Is"

SPIRITUAL PRACTICE: Trust In Yourself

From Norman Fischer’s Training in Compassion, training number 22 is: Trust in Yourself.

Number 21 was Unstick from Yourself. This one is the opposite: stick with yourself. It’s not a contradiction – it’s a matter of balance. Don’t insist on seeing everything from our own point of view. At the same time, for all your blind spots, you’re the one with the fullest view of yourself.

If other people's opinions of you feel diminishing or elevating, it's only because you have vacated your own opinions. The self to trust in is the self that is not self-condemnatory, that loves itself and is absolutely trustworthy.

When you’re with other people, imagine they are actually parts of your own mind, not outside entities who need to be impressed or appeased. There's no need to be special or distinguished in any way. If your feeling is that others are you and you are they, your impulses will be socially acceptable and even kind. It is a great relief to practice like this. Social anxiety nearly disappears.

And when you are alone, imagine you're in the middle of a crowd, a crowd of good, kind, serious people who like you and inspire you to comport yourself with the same degree of dignity that they do. Surrounded by such people, naturally you feel at your best. You pay attention to what you are doing and you take care of things with appreciation as soon as they arise.

Practicing this slogan can be tricky, and we can't expect it to suddenly change the long habit of how we have been feeling about ourselves, but it is a start. It will shake things up a bit. It will show us where we are stuck and how to go forward. 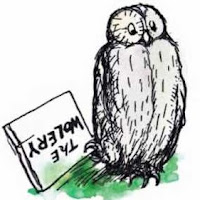 Back in #19, Woodpecker asked about "essential nature," and Raven chided him for presuming that there is one. Other than that, there's been no mention of essential nature around Tallspruce.

It's true that Zen includes talk about this "essential nature" thing -- though often to warn us from any such conception. Here's Yamada Koun, for instance:


The sun at dusk alights the river,
Casts the leaves in gold, and the mountainside.
I am either lost in thought about essence,
Or found in awareness of essencelessness.

It will soon be dark, and I have five or six kilometers
Through the woods back to my car.
Here is the essence and the essencelessness:
The stone on which I'm sitting is harder than it was
Half an hour ago.