Take Responsibility for Your Suffering

Practice of the Week
Take Responsiblity for Your Suffering
Category: Slogans to Live By: Carry these reminders at all times. These practices don't require setting aside a separate substantial chunk of time -- but they will slow you down a bit (and that's a good thing.) Resolve to get stronger at living by these slogans, day by day. Sometimes make one of them the focus of your daily journaling. 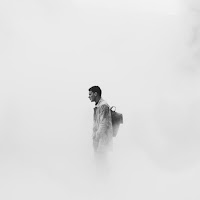 Don’t transfer the ox’s load to the cow. For people in ancient societies, oxen were sturdy animals made for pulling heavy burdens. Cows gave milk and were not built for heavy burdens. So don't put an ox's burden on a cow. The idea is: you are the ox; other people are the cow. The burden of your suffering is your own, not theirs. So don't try to give your burden to them.

This is not saying that we should keep our suffering to ourselves. Sharing our stories of suffering with one another is one of the most important ways we have of connecting to one another. We have to do that, and we have to learn how and when to do it. This slogan is simply about being responsible for our own deeds and for our own feelings.

Suppose someone treats you very badly and unfairly. One way or the other the person is going to have to bear the burden of what ze has done. Yet the suffering that you are feeling as a result of zir deeds is not zir burden, it is yours. After all, if someone were to abuse you, and somehow or other you were able to gobble up the abuse and deal with it cheerfully and make your practice stronger, so that by the time ze was finished abusing you, you were happier and stronger than you had ever been before, then zir abuse wouldn't have hurt you or been a cause of your suffering. The abuse is so painful because of the way you have reacted to it.

Ultimately the burden of your suffering is you own. You yourself are the immediate cause of it, even though the occasion may have been someone else's misdeed. Even when other people's misdeeds are a necessary condition of your particular form of suffering, they are not sufficient. Your reaction is also a necessary condition. It takes both their actions and your reaction to be sufficient for your suffering. Blaming others for our suffering – i.e., putting the burden of our suffering on them -- doesn't do a thing to them, but it increases our own burden, because now we have become the victim of others. We have now made ourselves dependent on them to relieve our suffering. They must be punished or they must make amends or apologize, and if none of this happens, we are going to continue to suffer.

Racism and xenophobia result from privileged people blaming “others” – blacks, people of color, immigrants, indigenous people – for whatever frustration or dissatisfaction they have. The blame takes the form of endorsing negative stereotypes which make things “all their fault.” For the privileged, taking responsibility for their own suffering would entail cheerfully embracing the challenges of a pluralistic, egalitarian society.

It’s important that this spiritual teaching not be used as a device for dodging social justice. Wrongdoers have to be tried and punished and victims compensated. None of that is in contradiction to this slogan. The job of the law and of society is to promote and secure justice and to write and uphold laws that will have that effect. Spiritually, it is for each of us our own responsibility to shoulder the burden of our own suffering, whatever its cause, and to turn the burden into wisdom and love. Sometimes exercising that responsibility involves marching, demonstrating, advocating for policy changes, and bringing suit in court. It is possible, however, to press the point of legal, political, or social culpability without becoming emotionally or spiritually ensnared in blame.


Adapted from Judith Lief, "Don’t Transfer the Ox’s Load to the Cow."
This slogan is about weaseling out of our own duties and responsibilities. It is about passing the buck. In the first place, we avoid committing ourselves, and when we do make a commitment, instead of following through, we prefer to hand it off. We are so concerned with our rights and what we feel we are owed, and we think very little about what we owe to others and to the society at large. When we are asked to do something we may feign modesty, but not because we are really modest. We just want a way out of taking on a load we know we could carry if we wanted to.

Don’t put the heaviest burden on the one who has the least strength to deal with it. It may feel unfair or that you are carrying more than your weight, but realistically, not everyone has the same capabilities.

Sometimes we are in situations when there is a need for someone to take on a leadership position. After the question, “Is anybody willing to step up?” there is nothing but silence. In those occasions, if what is being asked for is worthwhile and you have the background or ability to take it on, you should just do so.

The skill of working with others requires development. It is an art to know how much responsibility to take on yourself and how much to direct to each of the people you are working with so that each person feels challenged but not overwhelmed.

Practice. Pay attention to the temptation to shift your burdens to those who are weaker than you. When you find yourself hiding your own strengths and abilities, look into what is behind that. In what ways do you avoid taking on your fair share of responsibilities?