Sexual ethics isn’t just ethics for people in sexual relationships. Sexual ethics also includes obligations that everyone in a society bears to affirm for its members as sexual beings. There are claims of respect that all of us are called to honor – respect for the many forms that human sexuality may take. “Single or married, gay or straight, bisexual or ambiguously gendered, old or young, abled or challenged in the ordinary forms of sexual expression, they have claims to respect from the wider society.”

The principles of justice do not stop at the bedroom door. In fact, they go through that door in both directions: entering to inform the sexual encounter, and, strengthened and affirmed there, exiting to inform all our relations.

Justice, as Cornel West said, is what love looks like in public. Recognizing, however, that love can take corrupted forms – can be manipulative, domineering, and abusive -- we need to add that love must look like justice in private.

Category: Slogans to Live By: Carry these reminders at all times. These practices don't require setting aside a separate substantial chunk of time -- but they will slow you down a bit (and that's a good thing.) Resolve to get stronger at living by these slogans, day by day. Sometimes make one of them the focus of your daily journaling. 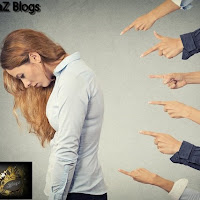 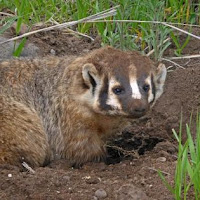 Brains were made for keeping us alive. Their capacity to imagine the future is for helping us mentally rehearse potential future situations so that we will more effectively cope, in the event something similar were to happen. It can't imagine nonexistence because its imagination exists solely to prevent nonexistence. Thus, it can only visualize situations with us -- or people we might have to deal with -- existing in them.

Through many spiritual practices, including Zen, one may come to apprehend that the self is the world. This is not imagining or visualizing, not a preparation for an eventuality of becoming the world, nor a preparation at all. It's just recognizing the fact that one's self comprises all of reality. Thus, the one who visualizes "your" futures will someday cease, but the self will continue in all its multitudinous other forms: ants, sticks, grizzly bears -- mountains, rivers, stars.

If this doesn't make sense, try being pensive beneath a starry sky for a while.


One night, under the starry sky, the circle was quiet and members seemed pensive.
Badger broke the silence and said, "You know, I can't visualize myself expiring completely."
Raven said, "A ghost."
Badger said, "Even ghosts are impermanent, aren't they?"
Raven said, "Take care of your miseries now, and they won't abide."


The one who attends to misery --
My inner Kannon hearing the cries of the world --
Gathers anguish up -- a curious burden
that buoys as it freights,
and liberates as it compels --
Smelts it and blends it into my mettle.
Alloyed gold
Is more durable than the pure stuff.

Check out our electronic CUUC Shrine of Vows: CLICK HERE. Eventually, these will be printed out and incorporated into a physical display. For now, draw inspiration from your fellow Community UUs by seeing what they have vowed. If you're vow isn't included, please email it Rev. Meredith at minister@cucwp.org
Posted by Rev. Meredith Garmon at 16:15