From the Minister, Fri Apr 3 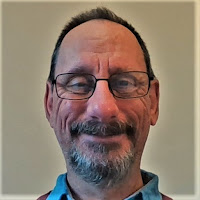 The Gabriel García Márquez novel, Love in the Time of Cholera -- or, rather, the title of it -- comes often to my mind these days. I never read the novel, and, wondering if it would be a good choice for shut-in days, I read up about it. It's primarily a tale of dysfunctional romance, playing on the double meaning of the Spanish cólera, as both the disease and "passion or human rage and ire" -- like the English adjective choleric. I decided to order Daniel Defoe's A Journal of the Plague Year (1722) instead. Still, Márquez's title asks us: to what, in our current "time of cholera," does love call us?

I return from my sabbatical into a situation that feels quite extraordinary -- and, indeed, in our lifetimes, and in the Western world, is extraordinary. For the last several millennia of human history, however, this is normal. Ancient times saw plagues: the plague of Athens in 430 BCE, the Antonine plague (may have been smallpox) in the Roman Empire, 165-180 CE, to name two of the bigger ones. Medieval times saw plagues so recurrently that any village that hadn't had any plague in a generation (25 years), counted itself lucky. The Justinian plague in the 6th century killed somewhere between 25 million and 100 million people in the Byzantine empire. The most well-known is the bubonic plague that swept Europe, Africa, and Asia in the 14th century, killing about a third of Europe's population. More localized outbreaks continued for centuries. London endured nearly 40 distinct outbreaks of bubonic plague between 1348 and 1665. In the last 200 years, there have been seven cholera pandemics, the biggest being the third, from 1852-1860. The flu pandemic of 1918 was preceded by (and followed by) other flu outbreaks, including the flu pandemic of 1889 that killed about a million people.

Indeed, archaeological evidence indicates pandemics have been afflicting human civilization for at least 5,000 years. So here's a message for us in these extraordinary times: this is not extraordinary. This is normal. For thousands of years, people have been dealing with pandemics -- coping, caring for the sick as best they could, grieving their loss, continuing to do as much of the necessary work as they could.

This is normal. What is extraordinary is how long a stretch we -- we in the developed world -- have been without any pandemic. Also extraordinary are the remarkable tools we have today for understanding and combating disease, and for staying connected even as we are housebound. We have much grounds for gratitude.

Standing on the ground of gratitude, our spirits want to reach out in love, in care, in compassion. It's not always clear how to do that, but we are smart and creative. We will find the ways to love...

Zen at CUUC News
Posted by Rev. Meredith Garmon at 16:19