From the Minister, Sat Apr 20

Somewhere along the line, you probably learned a certain interpretation of Easter – an interpretation that theologians call “substitutionary atonement.” It goes roughly like this: “Jesus' suffering on the cross is redemptive. He suffered and died that we might have life (i.e., he substituted for us in order to atone for us). Real love manifests as complete submission and self-sacrifice. God required of Jesus -- and may sometimes require of us -- passive acceptance of violence.”

As widespread as this interpretation is, I don't think this is really the message of Easter. The Easter message is to be risen, to be resurrected, to be transformed – to become more fully who you are. This is no easy thing because we carry shame. We are afraid. We have, in various ways and in varying degrees, been silenced from the full expression of who we are.

The Easter story, as I read it, is about making the courageous choice to break the silence, tell your truth, rise up out of shame, bear witness to the stories of others as they seek to break silence imposed by perhaps greater fear and shame. The death from which we may rise, from which we can help others rise, is specifically an entombment in fear and shame.

Crucifixion was the most cruel, violent, humiliating, and shameful punishment the Roman imagination could conceive. It was designed to instill fear, and to make anyone associated with the victim feel ashamed of themselves. For some of Jesus’ followers, it worked. Many of them abandoned Jesus and scattered after the crucifixion. The humiliation was too much for them. In their fear and their shame, they fell silent about the promise Jesus had made them believe in: a new social order, a Kin-dom of God.

Against all violence to body or to spirit, against all fear and shame endured by us and by others, against all the protective strategies we ourselves devise to be safe, may we rise to accept and affirm and speak who we are. There is yet the possibility of transformation into who we are, unobscured by fear or shame. There is yet the possibility of justice, an end to violence, a new social order, a Kin-dom of God. This, I believe, is the message and the hope of Easter. 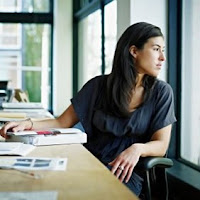 Practice of the Week: Practice When You're Distracted It's not that practice is directed, serious, and important and that distractions are something else. Practice is life, including everything in your life, even the distractions. When you think you are distracted, when you think you have forgotten about your practice, remember this slogan: Practice when you're distracted. You may well be distracted. But there's nothing wrong with that. As soon as you know your state of distraction, you are practicing. You have remembered your practice. READ MORE 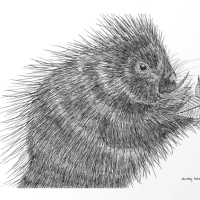 Your Moment of Zen: Honor You owe it to the world to be you. The debt continuously accrues.
This is true: the debt is unavoidably, continuously paid; you can't help but be you. Yet this is also true: it takes practice to be you. Sometimes the practice happens, and sometimes the payment of yourself to the world is made more consciously and mindfully than other times. Shall we call this honor? Might as well.


The river, delivering
its tributes to the sea,
doesn't remember its
million years of practicing,
or how its canyon formed.
Or maybe
the current is the memory.