Practice of the Week
Feel Safer

Category: SLOGANS TO LIVE BY: Carry these reminders at all times. These practices don't require setting aside a separate substantial chunk of time -- but they will slow you down a bit (and that's a good thing.) Resolve to get stronger at living by these maxims, day by day. Sometimes make one of them the focus of your daily journaling.


“The ache for home lives in all of us, the safe place where we can go as we are and not be questioned.” (Maya Angelou) 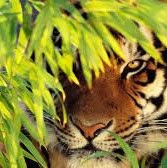 Consider these two mistakes:
Most of us make the first mistake much more often than the second one, for several reasons:
In effect, most of us have a kind of paper tiger paranoia.

Certainly, it's important to recognize the real tigers in life, which come in many shapes and sizes: perhaps an impending layoff at work, a cough that won't go away, a teenager growing pot in the attic, a friend or coworker who keeps letting you down, or the health risks of smoking cigarettes. Try to notice any tendencies to overlook or minimize tigers, and do what you can about the ones that are real.

Meanwhile, try to recognize the ways that you—like most people—routinely overestimate threats while underestimating the resources inside you and around you. In effect, most of us feel much less safe than we actually are. The unfortunate results include unpleasant feelings of worry and anxiety; not hunkering down and reaching as high and wide as one might; stress-related illnesses; less capacity to be patient or generous with others; and a greater tendency to be snappish or angry (the engine of most aggression is fear). It's not good to feel like it's always Threat Level Orange!

Instead, feel as safe as you reasonably can.

Some people get understandably nervous about feeling safer—since that's when you lower your guard, and things can really smack you. If this applies to you, adapt the suggestions here to your own needs, go at your own pace, and perhaps talk with a friend or counselor.

Further, there is no perfect safety in this life. Each of us will face disease, old age, and death, as well as lesser but still painful experiences. And many of us must deal with unsafe conditions in the community, workplace, or home.

This said, consider in your heart of hearts whether you deserve to feel safer: whether you are more braced against life, more guarded, more cautious, more anxious, more frozen, more appeasing, more rigid, or more prickly than you truly need to be. 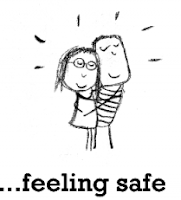 If the answer is yes, here are some ways to help yourself feel safer, so that a growing internal sense of calm and confidence will increasingly match the true reality of the people and settings around you:
You can practice with the methods above in general ways, such as in the morning plus several times a day if you tend to be fearful. Also try them in specific, unsettling situations, like before speaking up in a meeting, driving in traffic, getting on an airplane, or working through a sticky issue with your partner. Being on your own side, help yourself feel at least a little safer, and maybe a lot. Then see what happens. And take it in, again and again, if in fact, as they usually do, things turn out all right.

And there is really no tiger in the bushes after all.

Reflect on the suggested methods for feeling safer. Which ones do you think will probably work best for you? Why?