“A very narrow street onto which the doors of the Cathedral open. It is snowing heavily. A popular carol is heard. A group of drunkards enters, crossing the scene in song; in their midst walks a little child who falls to the ground. The heavenly retinue appears. The song of the drunkards is heard from afar. An angel stumbles upon the child; the group pauses. The child sits up and beholds the Virgin extending Her arms. He rubs his eyes….he beholds the Child Jesus. He arises as if in a trance. Two angels take the child and bring him with the heavenly retinue. The scene grows totally dark. The celestial choir appears, full of poor people and beggars. Behind them, a great illuminated city.” 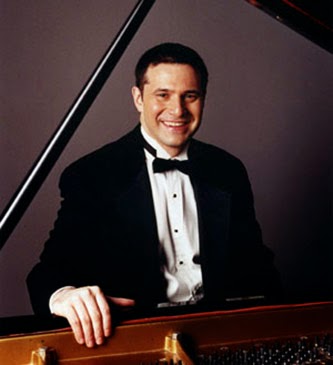 “Christmas Around the World”
Piano Music by Adam Kent